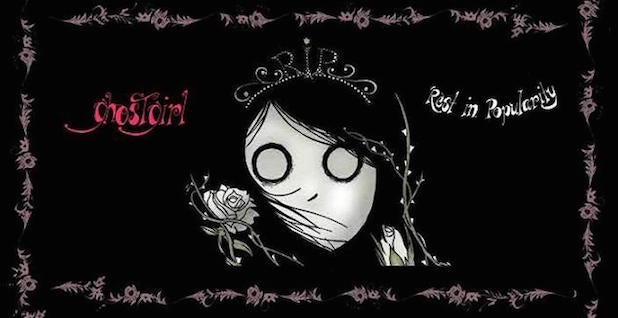 Matthew Vaughn‘s MARV Films has acquired the motion picture rights to the “ghostgirl” series of young adult novels written by author and filmmaker Tonya Hurley, the company announced today.
Vaughn, who directed “X-Men: First Class” and “Kick-Ass,” will produce with Valerie Van Galder.
“Ghostgirl” is a bestselling book series that has been embraced by young fans around the world. The novel, from Little Brown and Company, is published in more than 20 languages in nearly 30 countries. In Latin America, the “ghostgirl” series has sold more than 1 million copies, and in some cases, is second in popularity only to the “Twilight” series of books.

In “ghostgirl,” high school senior Charlotte Usher feels invisible at school, and then one day she really is. Even worse — she’s dead… and all because of a guy and a gummy bear. Described by MARV Films as satirical yet heartfelt, “ghostgirl” explores the invisibility we all feel at time and the lengths we’ll go to to be seen,
“I am beyond thrilled to have ghostgirl in the hands of such creative, capable and passionate filmmakers,” said Hurley. “I’m a raging Matthew Vaughn fan and I look forward to working with him, Val, and the whole team at Marv. To see Charlotte Usher come to life is a dream come true for me and for all the devoted ghostgirl fans around the world.”
“Five years ago I spotted ‘ghostgirl’ on a shelf and I was immediately drawn to everything about it. Tonya Hurley and I formed an instant kinship as both relate to outsiders and are immensely grateful we did not peak in high school. Tonya spent those five years telling Charlotte Usher’s story in five separate books, building a passionate and dedicated fan base who are now eagerly awaiting this next chapter in Charlotte’s afterlife. Matthew and I are looking forward to joining Charlotte’s journey,” added Van Galder.

Vaughn began his career as producer with Guy Ritchie‘s “Lock, Stock and Two Smoking Barrels” and “Snatch.” Through his production company MARV Films, Vaughn directed “Layer Cake” and “Stardust.” He also produced “Harry Brown” and “The Debt.” His next film, “Kingsman:The Secret Service,” opens this February.
Van Galder and Vaughn first worked together on ‘Snatch,” which she was responsible for bringing to Sony’s Screen Gems label. They resumed their professional relationship when she joined MARV as a consultant on “Kick Ass” in 2009. An award-winning marketing specialist who has run marketing departments at Fox Searchlight and Sony Pictures Entertainment, Van Galder is also a former production chief of the TriStar Pictures label. Most recently she ran marketing at New Regency, working alongside Fox Searchlight on last year’s Oscar-winning “12 Years A Slave.”