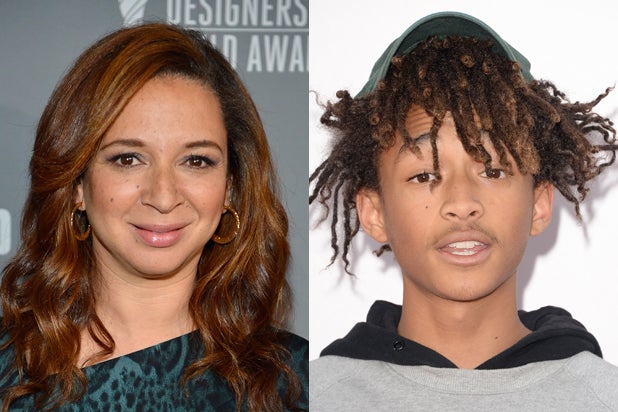 HBO has greenlit a new comedy pilot “Brothers in Atlanta,” which features Maya Rudolph and Jaden Smith, a spokeswoman for the network told TheWrap.

Rudolph and Smith are said to be recurring guest stars, should the comedy make it to series. The story centers on best friends Langston (Riddle) and Moose (Salahuddin), two struggling entertainers living in Atlanta, where the pilot is set to shoot this spring.

Rudolph previously starred on and produced a pilot for NBC, “The Maya Rudolph Show,” which listed Riddle and Salahuddin as writers. The actress-comedian got her start on “Saturday Night Live” and starred in the raunchy blockbuster “Bridesmaids.” But more recently she appeared in Paul Thomas Anderson‘s “Inherent Vice” and voiced Cass on Disney’s “Big Hero 6.” She is currently in production on Jason Moore’s “Sisters.”

Smith first appeared on screen alongside his father Will Smith in 2006’s “The Pursuit of Happyness,” teaming up again later to do “After Earth” in 2013. Jaden has also starred in “The Karate Kid” remake and “The Day the Earth Stood Still,” but this marks his first major television role in recent years.

Andrew Singer is also executive producing “Brothers in Atlanta.” Field Entertainment’s Jeff Field and Doug Griffin are producing with Anna Dokoza. Tim Story (“Think Like a Man Too”) will exec produce and direct the pilot.