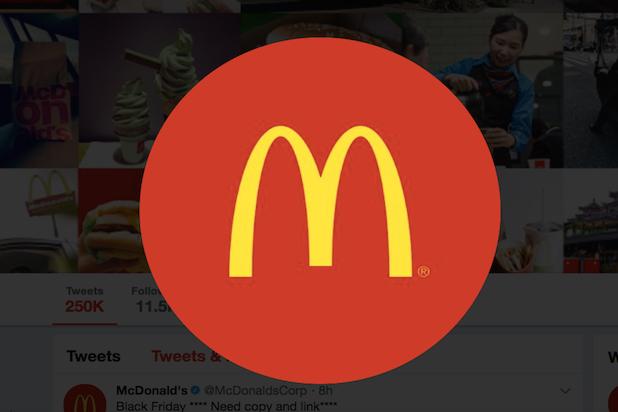 It has became a tradition almost as sacred as Thanksgiving itself, that after the food is done, restive Americans battle each other to fierce combat in the quest for deals on Black Friday.

Now, McDonald’s is facing mockery after its own Black Friday initiative seemed to stall out of the gate.

Representatives for the fast food icon were not immediately available for comment.

This will probably get more awareness than their originally planned tweet…

Something about emojis **** Need copy and link****

Donald Trump is a moronic asshat **** Need copy and link****

The company issued a statement via Twitter on Friday morning making light of the incident.

When you tweet before your first cup of McCafé… Nothing comes before coffee. pic.twitter.com/aPJ2ZupS9b