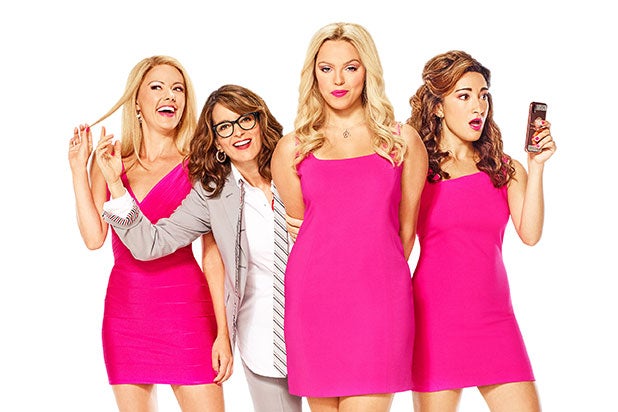 The “Mean Girls” Broadway musical is being adapted into a new feature film at Paramount Pictures, with Tina Fey writing the script, the studio announced Thursday. You heard it right: The movie-gone-musical is being turned into a movie!

Plot details for the adaptation, produced by Fey and Lorne Michaels, are being kept under wraps. Of course, the 2004 film, “Mean Girls,” focused on the story of Cady Heron, who moves to suburban Illinois after being homeschooled in Africa, and wants to be popular. She takes on The Plastics and becomes frenemies with Regina George. But soon, she learns the hard way that you just shouldn’t mess with the Queen Bee.

The stage musical, currently playing at the August Wilson Theatre in New York City, is produced by Michaels, Stuart Thompson, Sonia Friedman and Paramount. It features a book by Fey, based on her screenplay for the film, music by Jeff Richmond and lyrics by Nell Benjamin. Tony Award winner Casey Nicholaw directs and choreographs the show, which has broken Broadway box office records on its way to recouping its capitalization.

Richmond will do the music for the new film as well, while Benjamin will write the lyrics. More details will be announced.

Additionally, the studio announced that “Mean Girls” the musical will bow in London’s West End in late Spring of 2021.

“It has been a joy to work on ‘Mean Girls’ and to watch it go from film, to musical, and now to musical film,” Michaels said. “I am very proud that Tina’s story and characters continue to resonate with new generations. We are all excited to continue to work with Sonia Friedman and her team as we prepare for London.”

Fey added: “I’m very excited to bring ‘Mean Girls’ back to the big screen. It’s been incredibly gratifying to see how much the movie and the musical have meant to audiences. I’ve spent sixteen years with these characters now. They are my Marvel Universe and I love them dearly.”

Elizabeth Raposo, President of Production for Paramount Pictures, said: “We’re thrilled to be bringing this iconic property back to the big screen in musical form with our incredible filmmaking team.”

The Broadway adaptation premiered in March 2018.