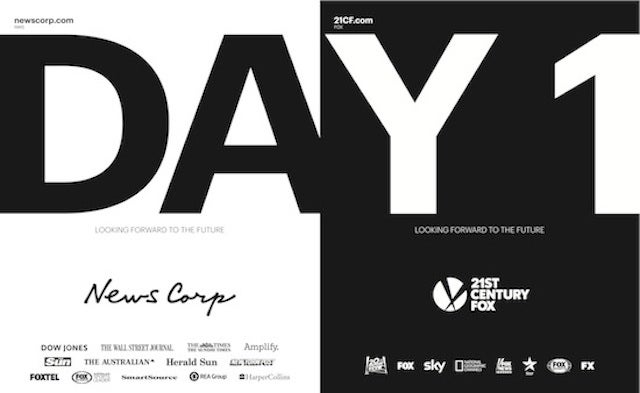 The separation of News Corp. into two independent and publicly traded companies is complete. One company, 21st Century Fox, is comprised of television and film holdings. The other, the new News Corp., consists of publishing and education assets. Shares of the companies begin trading on the NASDAQ this morning.

Shareholders who held stock in News Corp. will get four shares of 21st Century Fox and one of the new News Corp for every four shares they owned in the old company.

To herald the great divide, the companies have taken out two-page ads in publications like the New York Times and the Murdoch-owned Wall Street Journal trumpeting "Day 1."