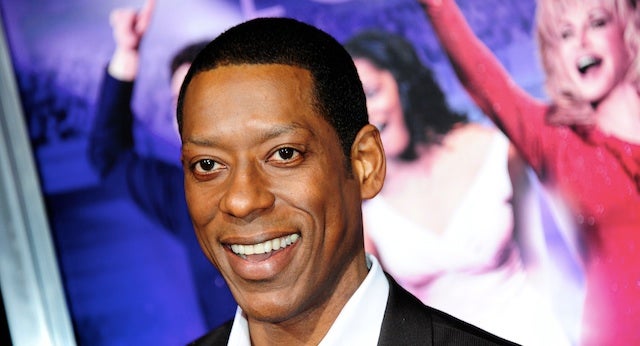 Orlando Jones is a self-described comic book nerd, so when it came to finding the perfect venue for "Tainted Love," his gritty and profane love letter to graphic novels, the actor and comedian said Machinima immediately sprung to mind.

The popular YouTube channel is a gathering spot for fans of geek culture and it's a destination for Jones when he wants to get his inner fanboy on. "Tainted Love" debuted two weeks ago on Machinima Prime and the third episode airs Thursday. "If they were going create Batman today, they would release it in the digital space," Jones told TheWrap. "Machinima is place I go when I'm looking for the latest 'Ender's Game' trailer. There's such a great gaming and comic book culture here that I wanted to do something inclusive of all the nerds and men and women who come to this space."

Shot over nine days last year, "Tainted Love" can best be described as a live action comic book. The bloody shoot outs in the show explode across the screen, as flesh and blood actors frequently give way to hand drawn illustrations or utter threats and asides in cartoon bubbles. In true internet era fashion the whole thing unfolds in five or six minute bites, the standard length for shows on YouTube.

The series' centers on a couple who make the the dangerous deciscion to steal money from some unsavory characters to provide for their unborn child. It's a show that overflows with influences from the cinema and the comic book bin.

"The director [Avi Youabian] and I are huge fans of 'Scott Pilgrim,' we're huge fans of [Quentin] Tarantino and [Robert] Rodriguez, we love Batman, and so we drew inspiration from those places," Jones said. "We wanted people to be able to go inside this world and just thought it would be cool to tell a story with graphic novel panels."

It's an envelope pushing piece of entertainment that would be unlikely to find a home on a broadcast network or even most cable channels.

Jones, who has previously starred on the small screen in shows like "MADtv" and in the big screen in films like "The Replacements," isn't ready to abandon the comforts of traditional media. He spoke to TheWrap from the Upfronts in New York City, where he is in town with "Sleepy Hollow," the modern version of the headless horseman tale that Fox just picked up for next season.

But the actor does feel that movie and television stars should recognize that digital video is coming of age and its time to get on board. It may not be the bargain bin experience they fear, he notes. Machinima declined to say how much money was spent on "Tainted Love," but Jones noted that the production values on the show are of high-quality.

"There’s a business there and revenue, should you choose to go after it, and a whole ecostytem for making money," Jones said. "In the digital world you have Netflix and 'House of Cards' and Amazon, Hulu and all of these new places that are not in the traditional space, but their budgets are like those of cable shows. It's a misnomer that there's no money in digital."

Jones said that his "Sleepy Hollow" schedule permitting he would like to do a second season of "Tainted Love" when the show's six episodes wrap up. He's also hopeful that this will be the first of many collaborations with Machinima.

"In 2013, we can't pretend that our audience accepts the idea that they should just show up at 8 around the TV," Jones said. "I just don't think that world exists in same way. With mobile and iPads, things have changed, and what YouTube and the portals are looking at is a way to embrace a different kind of storytelling."