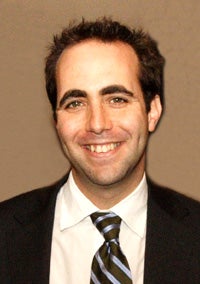 Newsweekly magazines have been in the news of late – and not for good reasons. Newsweek’s mounting losses forced its owner, the Washington Post Company, to put it on the block. One of Newsweek’s rumored suitors – Mort Zuckerman – owns U.S. News, a newsweekly that’s not even weekly anymore. (Last year, the magazine shifted to biweekly frequency.)

Two titles have managed to buck the category’s downward trend: the Economist, which Newsweek editor Jon Meacham said they modeled the magazine’s relaunch on; and The Week. TheWrap spoke with Steven Kotok, The Week’s general manager, about the state of newsweeklies, print success and why they’re in no rush to develop an iPad version.

The decline of the newsweekly category is well documented. But The Week and the Economist appear to be bucking that trend. How is The Week doing it?
What we’ve done is we’ve been building a business around an editorial product that was built in 2001 and not 1951. We didn’t identify a lucrative ad market and figure out what product to launch to tap into it – like a Portfolio or something. We have a large subscription revenue stream and readers who are engaged with the editorial, and ad agencies pay for that. It’s really been a killer app for us. The Web has led people to think of ROI and engagement, and that’s an area where we really excel and have been able to offer advertisers unique packages.

What have you done specifically to boost your circulation and advertising the last two years?
It’s interesting. In the last four years we’ve put a lot more concentration, creativity and money into increasing the amount of money we get from out current readers, rather than grow out circulation. In that time we’ve doubled our circulation revenue but grown our subscriptions 25 percent. We’re selling subscriptions at a higher price, and keeping the size where it is. Because when you start factoring things in like postage and printing, it’s not a viable strategy for us.

Last year you made a guarantee to some advertisers that readers will remember an ad in its pages more than ads in its rivals. How did that work out?
It’s been great. We only offer it to advertisers who buy a good size schedule. A lot of advertisers who come in for the first time, they’re more comfortable and they buy increased packages because of it. We’re taking some of the risk out, and they like that. We’re saying “You’re definitely paying this amount, you’re scheduled to run X, but we’ll make sure you recoup that investment, and make it whole.” It takes out the risk.

You’ve admitted The Week – like many magazines – had trouble translating what it does in print on the Web. Despite this, your traffic has grown to 1.5 million unique visitors a month, almost five-fold in a year. But is there a concern for you, on the Web every day, of having “Week” in your name?
We used to think of that a lot. But it’s always been a cheeky name. What is your site called, TheWrap? It’s something meant to be read every day, probably not once a week. But that’s okay. It hasn’t really bothered us.

We’re putting resources behind it because it’s been surprising us in terms of growth and demand. But because we have a profitable print business, it hasn’t always been [a priority]. The Web has been more successful than we thought it would be. We’re a reinvesting-oriented company, so we probably waited longer than most, to find a mix that is worthy of our brand. We thought it would be a nice little add-on for advertisers. But we’re seeing more and more Web-only buys.

Does the Week have an iPad strategy?
Stuff like the iPad, we don’t feel a huge urgency. It’s been out, what, 6 weeks? We launched our magazine 50 or 100 years after our competitors. So we’re not incredibly concerned about being first. There are things that will work, things that don’t, and we’re happy to let Time Inc. and the Condé Nasts of the world spend money to figure it out for us.

Do the struggles of other newsweeklies validate what you are doing at the Week?
Even when they were doing well, we thought what we were doing is the right thing, it works for us. We all along didn’t see us competing with a mass product [like Time or Newsweek] – we were taking the Economist or New Yorker approach. A mass offering was never something we thought was the best idea for us.

What is your take on the Newsweek sale?
It’s strange to us how little we think about it. Maybe if this was happening when we launched, it would’ve blown our minds, but our goal all along was to be simply profitable. If this was nine years ago, it would’ve been like an earthquake and tornado built in one. But it really doesn’t affect what we’re doing now.

What’s next for The Week?
We really have two revenue streams – subscriptions and ads – and raising the price on both fronts is the focus. Selling bigger ad packages, getting the largest expenditure we can from an advertiser. And we want to grow our Web traffic, whereas the print circulation is right where we want it to be.