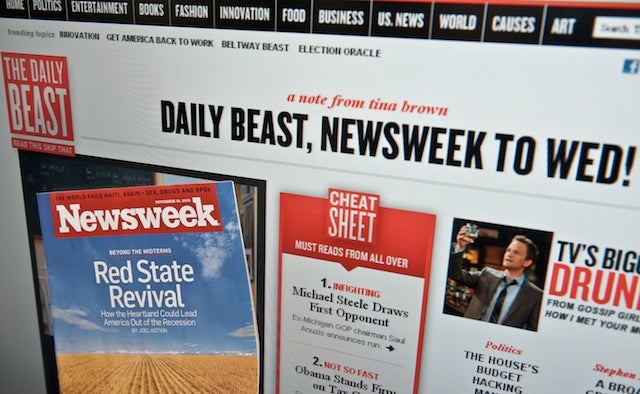 CEO Baba Shetty announced the change in a town hall meeting at the publications' parent company IAC on Friday morning, Andrew Kirk, a spokesman for the company, said.

The name change shows that the DNA of the once-separate publications are entwining in a double helix.

The Daily Beast merged with the struggling newsweekly in November 2010, after which Brown transformed Newsweek into what many considered a provocative shell of its former self, grasping readers' attention with a series of controversial covers.

Then, last October, the company announced Newsweek would cease its print publication after 80 years. On Dec. 23, the magazine bid adieu to print with a glossy cover emblazoned with the hashtag #LastPrintIssue. It remains a subscription-based, weekly tablet-only publication.