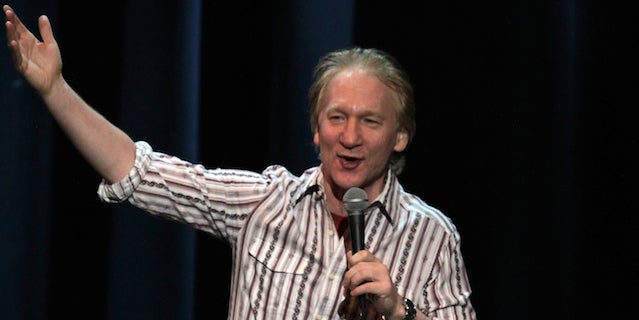 Bill Maher, no stranger to making politically incorrect statements, used the word “retarded” while referencing Sarah Palin’s 5-year-old son, Trig, during a stand up show in Las Vegas on June 8, and the ladies of “The View” weighed in on his comments during Monday morning’s show.

Also read: Wayne Brady Would ‘Gladly Slap the S— Out’ of Bill Maher, Accuses Him of Hiring Black Hookers (Audio)

“Comedian Bill Maher, apparently, called Sarah Palin’s 5 year old, developmentally challenged son, Trig, retarded and Sarah blasted him on Twitter as a bully,” Goldberg said while introducing the topic. “Is he a bully? What is he?”

Goldberg is, apparently, referencing a blog post Palin linked to on Twitter while slamming Maher for being a “bully” who “hatefully” mocks children.

Written by Ron Futrell, a former Las Vegas sports broadcaster and Breitbart News contributor with a special needs child of his own, the blog recounts his reaction to the  joke, but fails to identify what the joke or exact comment was.

“Maher chose to make a joke about Palin’s son, Trig and in the process he used the ‘R’ word to describe this 5-year-old special needs boy,” Futrell wrote. “I was so disgusted and a bit surprised that I forgot the exact joke. Perhaps he saves this joke for live audiences only. The audience of more supposed compassionate, caring leftists loved the joke and roared with laughter.”

Without hearing or reading Maher’s comment in question, the ladies on ABC’s “The View” developed passionate, yet divisive positions.

Although Walters brought up her deceased older sister, Jackie, who was reguarly called retarded — “a derogatory and painful remark” — before society adopted the term “mentally challenged,” she defended Maher.

“I don’t think he intended it to be mean spirited,” Walters said. “He likes to take on Sarah Palin, a lot of people do. She can fight back and she did, and I’m glad she did.”

Hasselbeck, one of Maher’s regular sparring partners in the media, could not give the comedian a pass.

“I think there’s not a person on this earth right now who has a sense of mercy and love and understanding, who wouldn’t go to a group of people, or in front of an audience, perhaps, and not know that that would maybe make someone feel bad,” Hasselbeck said. “So I think it’s odd that we would give any person, namely the person we mentioned before, the benefit of the doubt. I think that’s really, really generous.”

Shepherd did not take a strong position one way or the other, and perhaps it’s because she wasn’t informed enough to do so.

“I wanna know what his joke was,” Shepherd said. “What was he joking about that he had to even bring Trig up?”