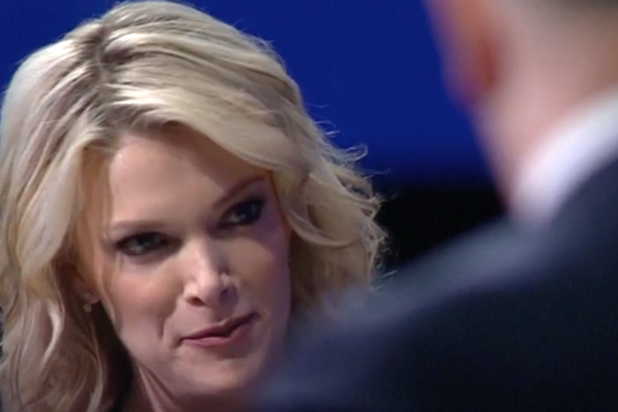 NBC paid big money to poach Megyn Kelly from Fox News Channel, but was the investment worth it? Maybe not if they planned on recouping those costs from ad sales alone, which are tied directly to TV ratings.

After three episodes, originals of NBC’s “Sunday Night” aren’t beating reruns of CBS’ “60 Minutes” in any major Nielsen category. On an average basis, Kelly is losing in broadcast’s key 18-49 demographic and getting crushed among total viewers. In the 25-54 demo, which news programming regularly rely on for eyeballs, the similar series are tied. But again, these are new episodes versus repeats we’re talking about.

“Sunday Night With Megyn Kelly” is only pulling in about two-thirds of the overall audience “60 Minutes” repeats have averaged over the last three weeks, in Live + Same Day numbers.

And the same stats for CBS’ more established program:

It’s important to note that both newsmagazine programs had tough competition this past Sunday versus the final round of Fox’s U.S. Open Championship. Let’s just say golf and “60 Minutes” draw the same type, so we’ll throw June 18 out for a moment.

And you know what? We’ll toss June 4, too. That was a very highly anticipated debut for Kelly, which became even more buzzy when she landed an exclusive one-on-one with Russian president Vladimir Putin. It’s not fair to compare a “60 Minutes” encore with that level of attention and buzz — premieres are often inflated to levels never seen again.

That leaves June 11 as probably the most fair comparison. That week, “60 Minutes” bested “Sunday Night” by 25 percent in the 18-49 demo and 27 percent among adults 25-54. In total viewers, it was a bloodbath, with CBS more than doubling NBC in the 7 o’clock hour.

To be equitable, NBC claims to be unfazed by Kelly’s struggles against the competition. After all, it often takes a while to launch new newsmagazine show. That said, Kelly was a hot commodity coming from Fox News, where she wasn’t exactly used to losing.

Kelly gets her next crack at a “60 Minutes” encore this Sunday, when she won’t have Putin or Alex Jones. Instead, the NBC primetime kickoff show has author J.D. Vance.

Good luck with that, Meg.