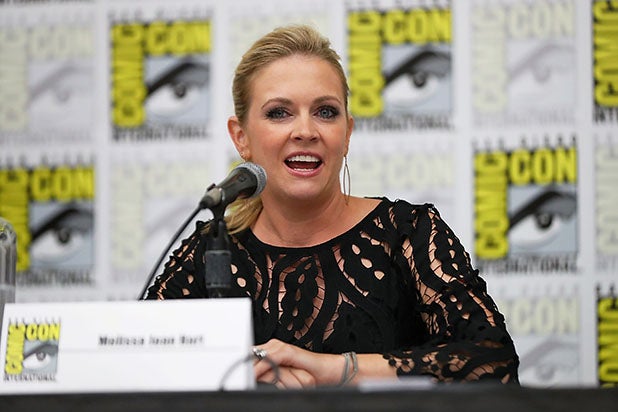 Melissa Joan Hart has come under fire for an Instagram post lamenting the fate of her vacation as yet another hurricane batters the Caribbean.

“And just like that, our family vacation is canceled,” the actress wrote in a now-deleted Instagram post on Tuesday, along with a photo of news that Hurricane Maria had made landfall on the island of Dominica. “Such a bummer but we plan to hit the @nickresortpuntacana resort another time this year.”

Notably, Punta Cana resort is in the Dominican Republic on the island of Hispaniola, not the island of Dominica. The post was shared on Twitter, and some of the replies criticized Hart for making light of the natural disaster and for not knowing her geography. The tweet has also been removed.

“I think you should be more concerned with the people that live there instead of your meaningless vacation,” one user responded. “First, Punta Cana is the Dominican Republic, not Dominica. And it’s better to be “bummed” about death, destruction there,” wrote another.

Sharing a photo from Salma Hayek of a heart surrounding the Puerto Rican flag, Hart wrote “My thoughts are with all my friends in Puerto Rico and the surrounding islands that are being hit by #hurricaneMaria today.”

See both posts below:

My thoughts are with all my friends in Puerto Rico and the surrounding islands that are being hit by #hurricaneMaria today. #Repost @salmahayek ・・・ Stay strong Puerto Rico ???????? Fuerza Puerto Rico #puertorico