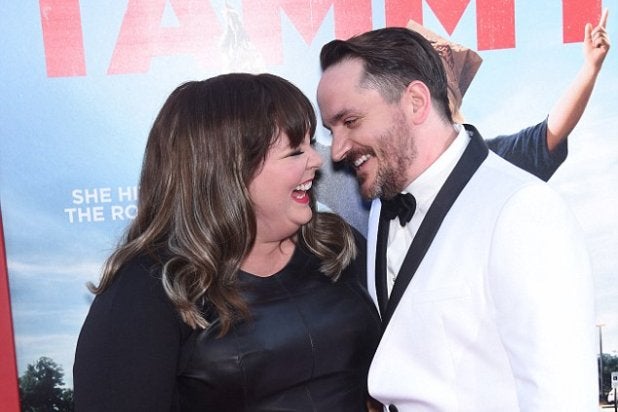 The single-camera comedy, tentatively titled “Friends with Melissa,” is written, executive produced and inspired by the real lives of Hugh Davidson, Larry Dorf and Rachel Ramras (“Mike Tyson Mysteries”), who watched as their friends from The Groundlings went on to star in blockbuster comedies and win Oscars, while they toiled away writing for children’s television. Melissa McCarthy will appear in the pilot episode.

Husband and wife team McCarthy and Falcone will produce through their production company On the Day. The two are also in post-production on “Michelle Darnell,” which the couple co-wrote with Steve Mallory. McCarthy will star in the film about a female executive who goes to jail for insider trading. Falcone is directing.

“We are continuing to build our stable of innovative, engaging and challenging comedies, which is exactly what Melissa, Ben and these writers have brought us,” said Keith Cox, executive vice president of development and original programming for TV Land. “With this script being from a group of alums from The Groundlings, we’re excited to know they’ll have an endless amount of creativity and interesting experiences to pull from.”

McCarthy and Falcone added, “We are so excited to be working with Hugh, Rachel and Larry — such funny people, who are great friends. TV Land is a great place for this show.”

This project is one of several in development for TV Land, along with the recently announced “I Shudder” starring Hamish Linklater and produced by Dan Jinks and Paul Rudnick, and the untitled John Wells/John Riggi/Warner Horizon Television project inspired by the life of Kyle Richards (“The Real Housewives of Beverly Hills”).