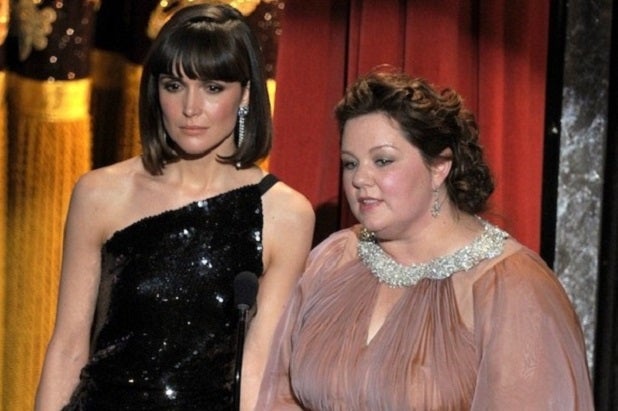 Fox has picked Memorial Day weekend 2015 as the release date for “Susan Cooper,” its Melissa McCarthy spy spoof directed by Paul Feig of “The Heat.”

It was one of several release dates announced by the studio Tuesday.

“Susan Cooper,” which will feature McCarthy in a James Bond-type role, will share its May 22, 2015, opening date with Disney’s sci-fi film “Tomorrowland.” “Susan Cooper” reteams McCarthy with Rose Byrne, with whom she co-starred in Feig’s 2011 comedy hit “Bridesmaids.” Feig also directed McCarthy and Sandra Bullock in this summer’s comedy hit “The Heat,” which has taken in nearly $230 million worldwide.