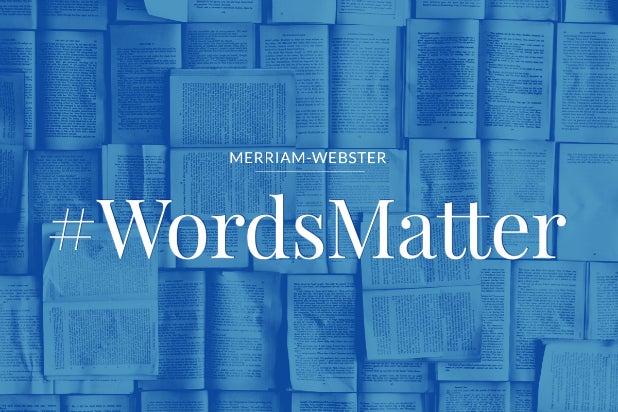 Showrunners, you’ve finally made it. Into the dictionary, that is.

Merriam-Webster added 250 new words on Monday, including “showrunner,” a term commonly used in the entertainment industry for the lead writer-producer on a television series.

The noun (with verb potential) made it in the morning after the 69th annual Emmy Awards. Coincidence? Maybe, considering other new entries like “alt-right” and “froyo” had nothing to do with last night’s ceremony on CBS.

Also making the cut was a new internet-focused definition for “troll,” referring to one who stalks and insults over social media and on message boards.

“Our job as lexicographers is to follow the development of language, defining the words people are likely to encounter,” Emily Brewster, associate editor at Merriam-Webster, said. “These new words have been added to the dictionary because they have established themselves in the English language, and are part of the current, active vocabulary of America.”