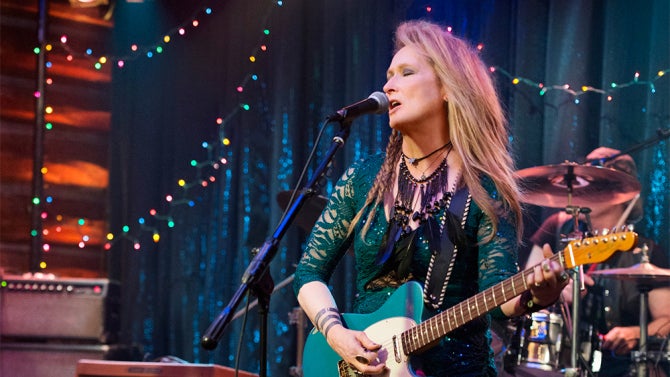 Meryl Streep has spoken out on the passing of filmmaker Jonathan Demme, who directed the Oscar winner in 2015’s rocker comedy, “Ricki and the Flash.”

In a statement provided to TheWrap, Streep praised Demme as: “A big hearted, big tent, compassionate man- in full embrace in his life of people in need- and of the potential of art, music, poetry and film to fill that need- a big loss to the caring world.”

Demme, best known for winning an Oscar for directing “The Silence of the Lambs,” died Wednesday in New York of esophageal cancer and complications from heart disease. He was originally treated for the disease in 2010, but suffered from a recurrence in 2015. His condition deteriorated in recent weeks leading to his passing.

In “Ricki and the Flash,” Streep played an aging rocker coming to terms and dealing with the reconciliation of her music life and her family life. “Juno” Oscar winner Diablo Cody wrote the screenplay.

Streep sung and played guitar live for the role. Her and Demme were friends prior to making “Ricki the Flash.”

Demme’s other credits include “Philadelphia,” “Rachel Getting Married,” “Melvin and Howard,” “Swing Shift” and “Something Wild.”