Acting-focused film festival Method Fest opens its 12th annual edition on Thursday and runs through March 31 in Calabasas and Agoura Hills with more than 100 independent films screening, according to organizers.

The festival’s opening night film is “The City of Your Final Destination.”

The festival will honor Oscar-nominated actor Bruce Dern ("Coming Home") with its Lifetime Achievement Award on Sunday at 6 p.m., prior to the screening of the Centerpiece film "The Lightkeepers," in which he stars with Richard Dreyfuss and Blythe Danner. 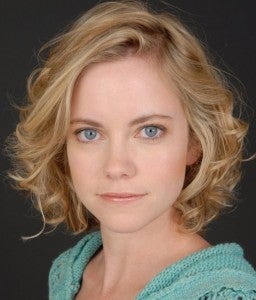 Lily Holleman, star of “UrFrenz,” will receive the Rising Star Award on Friday at 7 p.m., prior to the screening of that film. "UrFrenz,” having its West Coast premiere at Method Fest, debuted at the Slamdance Film Festival in January. It’s a realistic drama centered around the lives of teens and their families drawn to the world of social networking sites.

Named after the Method school of acting, Method Fest is the only major film festival in the U.S. focusing on acting, celebrating breakout acting performances in story-driven independent films.

It also will feature a full indie music program with more than 40 acts performing.

World premiere films in the festival include "The Be All and End All," directed by Bruce Webb, and "Do Elephants Pray?" directed by Paul Hills and starring Jonnie Hurn and Julie Dray. "Parkour," which screened at the Berlin Film Festival, makes its U.S. premiere at the fest.

For more information and the complete lineup, go to