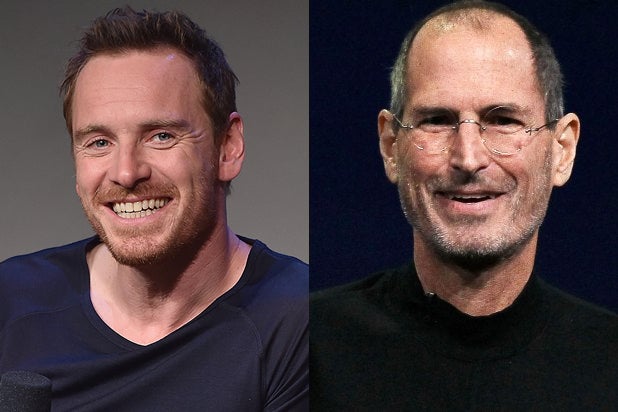 Universal Pictures has announced it will release Danny Boyle‘s “Steve Jobs” in the heart of awards season on Oct. 9, 2015.

Set backstage at three iconic product launches and ending in 1998 with the unveiling of the iMac, “Steve Jobs” invites audiences behind the scenes of the digital revolution to witness an intimate portrait of the brilliant man at its epicenter.

The film also features Katherine Waterston as Chrisann Brennan, Jobs’ ex-girlfriend, and Michael Stuhlbarg as Andy Hertzfeld, one of the original members of the Apple Macintosh development team.

Boyle is directing from a script by Oscar winner Aaron Sorkin, who worked from Walter Isaacson’s bestselling biography of Jobs.