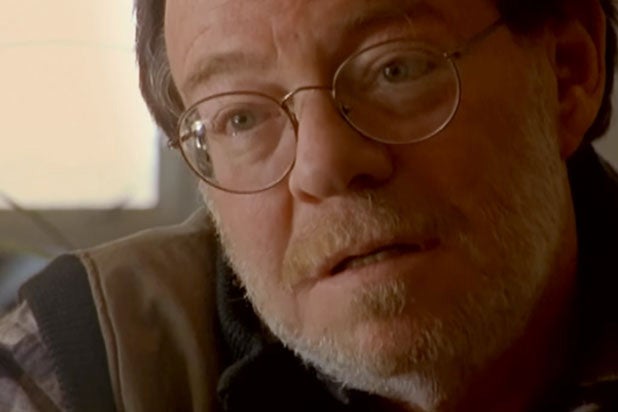 Herr’s publisher Knopf confirmed that the writer had died in a New York hospital after battling a lengthy illness, The Guardian reported.

“Dispatches” exposed the destructions of the Vietnam War in the 1970s and is considered a nonfiction classic. The book is often used in college classrooms to educate students on the devastation that occurred. The Guardian ranked it No. 9 on a list of the Top 100 nonfiction books earlier this year.

“‘Dispatches’ is one of the seminal works of the twentieth century and the most brilliant treatment of war and men I have ever read,” Knopf chairman Sonny Mehta said in a statement Friday. “It is a work that secured Michael’s legacy as one of our great writers of narrative nonfiction. Michael was also a friend to many at Knopf. We will all miss him.”

Author John le Carré previously described the 1977 literary work as “the best book I have ever read on men and war in our time.”

Gonzo journalist Hunter S Thompson also had high praise for the book. “We have all spent 10 years trying to explain what happened to our heads and our lives in the decade we finally survived .. but Michael Herr’s ‘Dispatches’ puts all the rest of us in the shade,” he said.

Born in Syracuse, New York in 1940, Herr worked as a war correspondent for Esquire magazine in Vietnam between 1967 to 1969.

While there, he began using traditional literary techniques to convey the harsh realities of the war he experienced firsthand, leading to a unique, uncensored account of life among the conscripted troops. He avoided the U.S. government’s daily press conferences, instead placing himself among the soldiers to document the fear, exhaustion and drugs he saw among the fighters, according to the Guardian.

Herr began writing “Dispatches” upon his return to America after the war, but from 1971 and 1975 he did not publish anything until his groundbreaking work went to print in 1977. That year, he also went on the road with musician Ted Nugent and wrote about the experience for Crawdaddy magazine.

In 2001, Herr was featured in Dutch documentary “First Kill, which revolves around the psychology of war and includes interviews several Vietnam veterans. The film was Coco Schrijber and produced by Lemming Film.

Herr is survived by his wife, Valerie Herr.

Fans of the writer and and members of the media quickly took to Twitter to express their condolences.

Michael Herr, who wrote the brilliant "Dispatches" (& the narrative voiceovers for "Apocalypse Now") has died at 76: https://t.co/zkz1KOyXva

Michael Herr, 'Dispatches' author, is dead. 'Best book I have ever read on men & war in our time,” le Carré said https://t.co/JuOpW91rPY

RIP Michael Herr. 'Dispatches' changed my life and is the reason I'm a journalist https://t.co/FzxpCxxWue

We sadly note the passing of Michael Herr, author of the 1977 Vietnam War classic "Dispatches" https://t.co/6VHb8EWvPH

Michael Herr in Esquire Jan 1977: "You try to remember to forget. But you don't — you just remember." pic.twitter.com/JTGt8Zn7vw