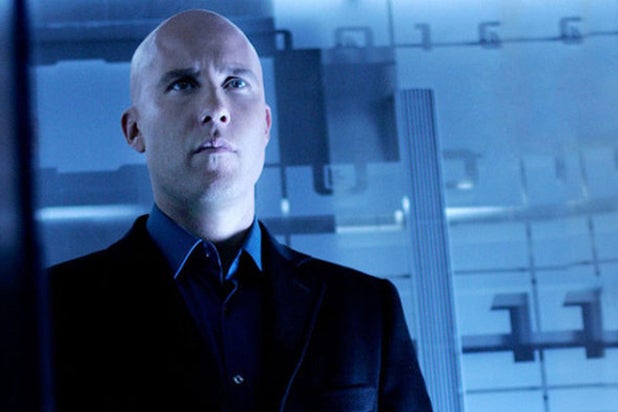 The CW has enlisted a number of actors from past DC franchises to reprise their roles on the network’s big “Crisis on Infinite Earths” crossover this fall, but at least one “Smallville” star says he won’t be returning.

Michael Rosenbaum, who played bald supervillain Lex Luthor for seven seasons on the WB series, wrote in a tweet on Tuesday that he was offered the chance to make a cameo on the “Arrowverse” crossover but declined.

“I’ll just be straight up about this,” the actor wrote, addressing fans of the show. “WB called my agents Friday afternoon when I was in Florida visiting my grandfather in a nursing home. Their offer: No script. No idea what I’m doing. No idea when I’m shooting. Basically no money.”

“And the real kick in the ass,” he continued “‘We have to know now.’ My simple answer was ‘Pass.’ I think you can understand why.”

The “Crisis on Infinite Earths” crossover, based on one of DC Comics most famous storylines, is set to kick off in December. Incorporating all of the network’s DC series — “Supergirl,” “Batwoman,” “The Flash,” “Arrow” and “Legends of Tomorrow,” along with characters from “Black Lightning” — the four-night event will also feature cameos by actors from previous adaptations of the comics series.

As previously announced, Tom Welling, who starred as “Smallville’s” Clark Kent, and Erica Durance, the series’ Lois Lane, will make an appearance. Tyler Hoechlin, who played “Supergirl’s” version of Superman, and Brandon Routh, who starred as the same hero in the 2006 film “Superman Returns,” are also set make appearances.

The CW and Warner Bros. Television declined to comment on Rosenbaum’s statement.