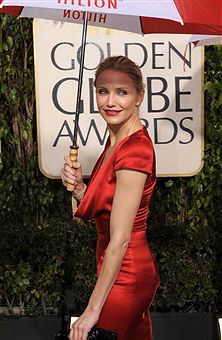 The Michael Russell Group is walking away from its gig doing publicity and promotion for the Hollywood Foreign Press Association, ending a relationship that stretches back 17 years.

MRG president Michael Russell told TheWrap that its contract with the HFPA had expired late last year, and the amount of work to maintain the account had outpaced the fees it was collecting.

"The HFPA is a frugal nonprofit … and it’s terrific they give so much money to schools and charities (more than $10 million in the last 15 years)," Russell wrote in a email. "Although the workload has increased dramatically over the years, our fees have not. We’re excited about the opportunities that lay ahead."

HFPA president Philip Berk was in a meeting when his office was contacted by TheWrap. Russell said he did not know whether another agency had been lined up to take over the account.

In MRG’s release announcing the split on Tuesday, Russell praised the longstanding relationship:

“We can take pride in a great 17 years of overseeing an aggressive public relations campaign that helped transform the Golden Globes from a virtually unknown and unreported awards show into one of the world’s three most popular annual entertainment awards telecasts,” Russell said in the statement. “It was amazing to work with the Hollywood Foreign Press Association, Dick Clark Productions and the outstanding marketing team at NBC and watch the show grow in stature and awareness with each successive year."