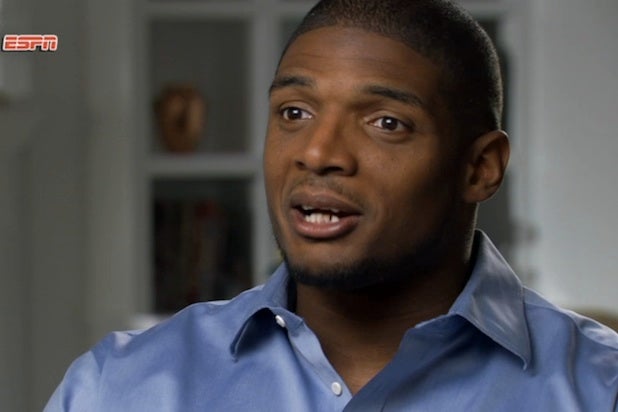 NFL hopeful Michael Sam will be presented with the Arthur Ashe Courage Award at “The 2014 ESPYS” in Los Angeles.

After a successful college football career as defensive end of the Missouri Tigers, where he was named the Southeastern Conference Defensive Player of the Year and First-Team All-American his senior year, Sam announced publicly that he was gay.

Should he be drafted and signed by a team, Sam would be the first publicly gay player in the NFL.

“The focus and bravery Michael Sam has shown in his life thus far has been nothing short of inspiring and we’re proud to honor him with the Arthur Ashe Courage Award at this year’s ESPYS,” Maura Mandt, executive producer, said in a statement.

“Arthur always believed in and practiced leading by example,” added Ashe’s widow Jeanne Moutoussamy-Ashe. “When Michael Sam announced that he is gay, he courageously stepped forward to engage an issue that still remains a pervasive problem in many professional sports. Michael has displayed true leadership both on and off the field.”

The ESPYS will be televised live Wednesday, July 16, at 9 p.m. on ESPN from the Nokia Theatre L.A. Live.