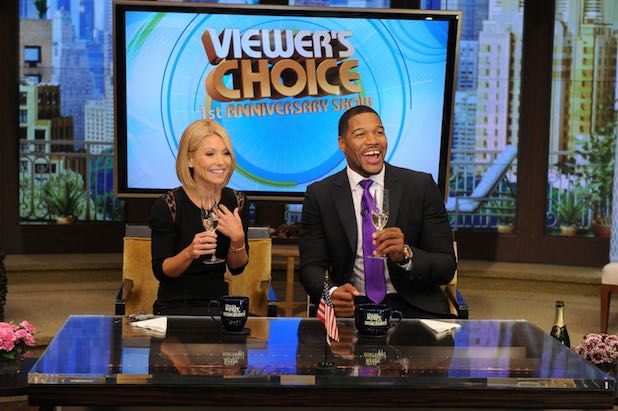 Whether or not Kelly Ripa does, “Live” audiences will likely miss Michael Strahan‘s gap-toothed smile.

“Live With Kelly & Michael” has been the No. 2 syndicated talk show — behind just “Dr. Phil” — averaging a 2.8 national rating over Strahan’s entire tenure. That’s up 8 percent from the prior (and comparable) four seasons of the franchise, 2007-2011, when “Live With Regis & Kelly” averaged a 2.6.

Also Read: How Kelly Ripa Could Pay the Price for a Diva Act

In terms of total viewers, the revitalization is even a bit better — one percentage point better, to be exact.

That 9 percent rise means that Strahan’s version has brought in 268,000 more audience members daily, on average, than the show attracted during the end of the Regis run.

Strahan will join the “GMA” desk full-time this September. The ABC morning show still regularly tops NBC’s “Today” in total viewers, though that gap has been shrinking. The “Today” show is No. 1 in the daypart’s key 25-54 demographic. We’ll find out this fall if Strahan can sack that competition.