After a long flirtation, Microsoft and Yahoo finally consummated their sometimes tenuous, tiresome relationship, announcing a 10-year online search and advertising deal that will “change the search landscape,” the companies said Tuesday. 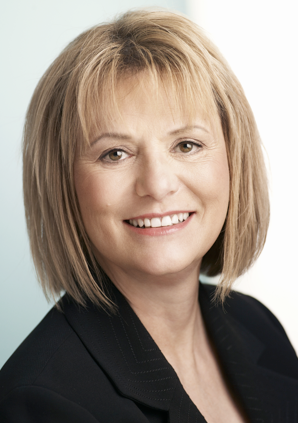 The deal does not include an upfront payment to Yahoo; instead, the companies will share in search revenues. (Microsoft will pay traffic acquisition costs to Yahoo at an initial rate of 88 percent of search revenue generated on Yahoo-owned sites during the first five years of the agreement.)

Microsoft will now “power” Yahoo’s search, while Yahoo will become the exclusive worldwide relationship sales force for both companies’ premium search advertisers. Yahoo expects to save $200 million a year as a result of the merger.

“This deal is really about scale,” Yahoo CEO Carol Bartz said during a conference call.

Google currently handles some 65 percent of the all searches on the Web, according to comScore date. Combined, Yahoo and Microsoft account for roughly 30 percent.

“We think it gives consumers real choice,” Steve Ballmer, Microsoft’s chief executive, said. Ballmer said the agreement will give Bing the scale to make it more attractive to users and advertisers, which will lead to more relevant ads and search results.

The agreement does not cover Web properties, e-mail, instant messaging or display advertising for Yahoo or Microsoft, the companies said. In those areas, they said, the companies “will continue to compete vigorously.”

The deal is expected to face a lengthy regulatory review. “We would expect the competition to be aggressive” in objecting to the merger, Ballmer said. Counsel for the companies said they would begin the process of filing with antitrust regulators in Washington next week.

Indeed, there was an immediate call for close anti-trust scrutiny of the deal in the capitol.

"Our subcommittee is concerned about competition issues in these markets because of the potentially far-reaching consequences for consumers and advertisers, and our concern about dampening the innovation we have come to expect from a competitive high-tech industry," Kohl said in a statement.

Nonetheless, the companies are hopeful that closing will occur in early 2010.

Wednesday’s announcement follows a year of on-and-off, often tense negotiations between the two companies — one that included a failed, $44.6 billion hostile takeover of Yahoo by Microsoft.

Bartz said Tuesday’s deal was more appealing than that deal because it does not include an upfront payment. “It was not interesting to us,” she said. “(This) is a true partnership.”