Warner Bros. and Entertainment One have released the first trailer for Jeff Nichols‘ sci-fi thriller “Midnight Special,” and “special” it does look.

Michael Shannon stars as a father who goes on the run to protect his young son, Alton (Jaeden Lieberher) and uncover the truth behind the boy’s special powers.

What starts as a race from religious extremists and local law enforcement quickly escalates to a nationwide manhunt involving the highest levels of the Federal Government. Ultimately, his father risks everything to protect Alton and help fulfill a destiny that could change the world forever.

Nichols is the celebrated director of “Shotgun Stories,” “Take Shelter” and “Mud,” all of which feature Shannon. “Midnight Special” is the biggest budget he’s had to work with so far.

Warner Bros. will release “Midnight Special” on March 18, 2016. Watch the trailer above and let us know what you think in the comments section below. 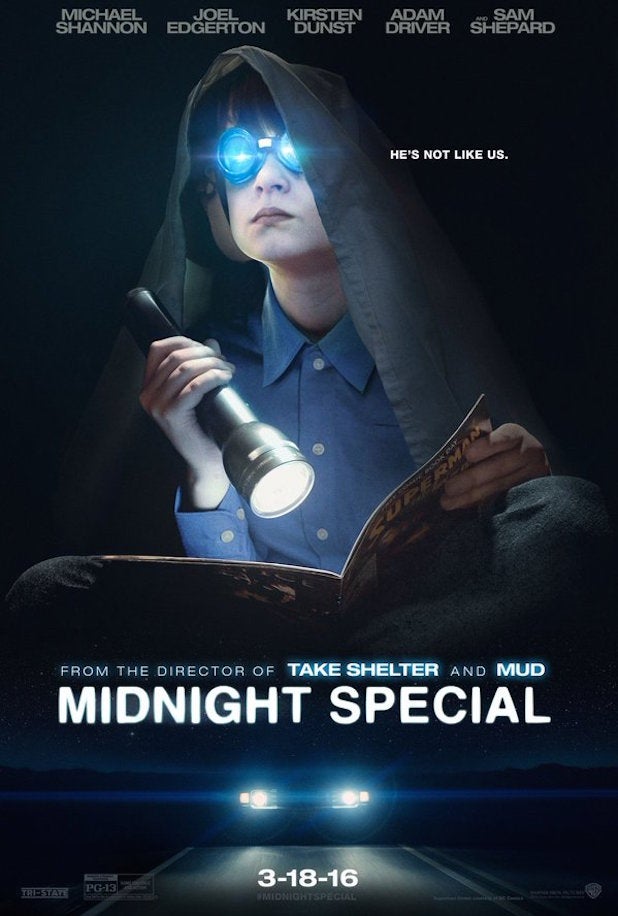