Soon after the California Supreme Court’s decision on Proposition 8 was announced, I went on Facebook to see what people were saying. There were already dozens of responses, most of them very angry and disappointed. Some were using the decision as a rallying cry. No one was happy. 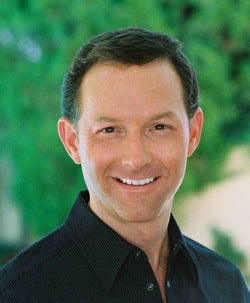 That said, I don’t know anyone who was truly surprised. From the moment that the hearings began many months ago, it was rather obvious that the court was going to stand by the decision of the voters. I’m not pleased about it, but I’m much more upset about what happened last summer and fall during the campaign.

Basically, those of us who believe in marriage equality failed to effectively get our case across to the majority of California voters.

There has been so much finger pointing in the past few months. Where was the gay leadership? Why didn’t the big gay organizations do more to work together? Why wasn’t this enough of a national issue? Why didn’t we see what was coming from the religious right? Why didn’t we see the attacks coming? Where is the Harvey Milk of 2008?

Sure, it’s very easy to blame other people. But first we should all look at ourselves. I wrote a bunch of checks and I went to fundraisers, where I got others to write checks. I also emailed friends from around the country asking them to write checks.

But I didn’t do enough. None of us did. We were so confident that we were right, that we failed to really listen to what the other side had to say. It’s only by really hearing their case, that we can most effectively make our own case.

There have been some wonderful steps forward in the movement for marriage equality since the November elections. A whole new generation of potential activists began marching in the streets, suddenly aware that they didn’t have the same rights as the guy who sits in the next office over. And marriage is now legal in five states with more on the way. But it’s still not legal in California, with the exception of the 18,000 marriages that were performed here last year.

In 2010 we need to do a better job. None of us can depend on others to get the message out. We need to all play a role. And we need to be visible. As Harvey Milk said, if they know us, they’re much more likely to vote in favor of us. The mood of the country is changing. It’s an exciting time. Things are happening quickly. But, as today’s ruling made clear, we have an awfully long way to go.

Dan Jinks and his producing partner Bruce Cohen were Oscar nominated for "Milk" and won the Best Picture Academy Award in 2000 for "American Beauty." On the TV side, they executive produced the Emmy-winning "Pushing Daisies."