Michael Milken keeps walking by me in the hallway here at the Milken Institute Global Conference, which has the Beverly Hilton humming with activity. 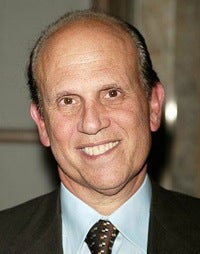 The annual conference brings together an eclectic and bewilderingly broad group of leaders and thinkers, aimed – if I judge correctly – at taking hard-headed, financially sound approaches to a whole host of problems around the world.

That makes for an interesting stew of people and concepts. I was on a panel on Monday debating new ways to approach archeology, and what’s being called archeo-tourism, and loosely titled, “When Indiana Jones Meets Wall Street.”

I was on the panel not because of TheWrap, but because of my latest book, “Loot: The Battle Over the Stolen Treasures of the Ancient World,” and the conflict it raises over who ought to own the treasures of antiquity.

But I wasn’t the only polymath on the panel. There was Larry Coben, a venture capitalist-turned-archeologist, along with a business professor from the University of North Carolina, Brent Lane, who talked about the innovative approach of using a financial tool called an “archeology development bond,” to raise small amounts of money to finance locally-built museums and exhibition spaces in countries where antiquities are found.

The challenge is how to encourage preservation at archeological sites, while still allowing local, poor populations not forfeit the economic benefit they currently get by selling looted and smuggled artifacts. The innovative approach developed by a lab project at Milken involves giving micro-loans – as Cohen has overseen in Peru, for example – to empower local communities to both value their antiquities, and build tourism destinations around the sites in their midst.

I agree that an independently-oriented economic approach is the way to go. The vestiges of colonialism mean that source countries are resentful of Western interference of any kind, and international oversight agencies like UNESCO only add red ink to the problems of contraband. As I stated on the panel, the problem to this paradigm-breaking solution will be one of education, and acculturation among countries with long-established habits regarding their antiquities.

That’s it for archeology. Throughout the conference, Hollywood figures are sprinkled with abandon. Norman Lear and Carl Reiner were on a panel talking about “Life After 80.” Former Sony honcho Yair Landau was on another discussing the next playground for computing.

But Hollywood’s main appearance will be Wednesday. That’s when Sumner Redstone offers up conversation about immortality. (I sense a theme here.) The whimsical, if not hilarious, title is: “If You Could Live Forever, What Would Life Be Like?”

That will be followed by an “Outlook for the Entertainment Industry,” with News Corp’s Peter Chernin, Imagine’s Brian Grazer, Jon Miller (newly of News Corp) and CBS’s Leslie Moonves. I’ll be attending, and promise a full report.