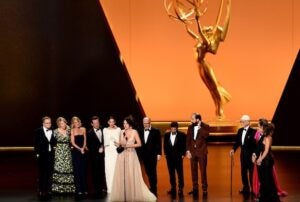 The study, based on more than 2,000 American respondents in June, shows people over the age of 35 feel much different

No movie theaters, no problem: Most Millennials and Gen Z’ers say they’re willing to spend big bucks to stream new movies from home, according to a new study by Hub Entertainment Research.

It’s a stat worthy of a double-take, but Hub analyst Peter Fondulas said it makes sense when considering changing viewer habits, as well as the cost of going to the theater; factor in the $10-20 you spend on your own ticket, maybe another $10-20 on your date’s ticket, and whatever you spend on treats, and suddenly spending $25-$50 to watch at home looks more appealing.

“For younger movie fans, access to first-run films via streaming would allow them to satisfy their movie fix for less than the price of a trip to the theater,” Fondulas said. “The strong preference for streaming, for TV and first-run movies, has the potential to fundamentally shift the entertainment distribution dynamic, assuming the industry is ready to accept the collateral damage–to the pay television and theater industries–such a move would leave in its wake.” 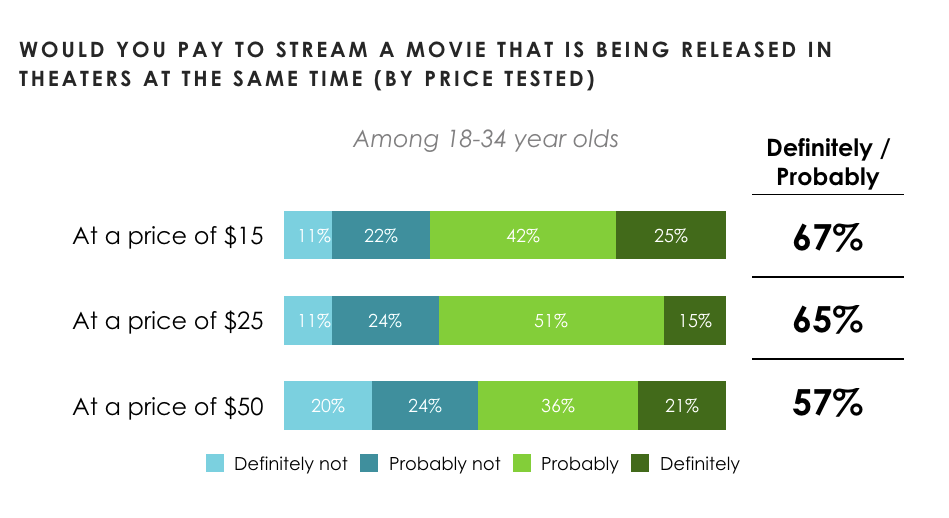 Interestingly, the study, based on more than 2,000 American respondents in June, showed people over the age of 35 feel much different. Only 12% of respondents age 35 or older said they’re willing to pay to stream new feature films.

The study comes as movie theaters and Hollywood studios struggle to find a path forward due to the coronavirus pandemic. Christopher Nolan’s “Tenet” release date has been pushed back multiple times recently, as Warner Bros. hopes more theaters will open. There have been several other examples, as well, including Judd Apatow’s “King of Staten Island,” starring Pete Davidson, skipping theaters and going directly to streaming. Universal’s decision to bypass a theatrical release for “Trolls World Tour” also appears to have paid off, with the film pulling in more than $100 million in its first three weeks as a digital release.

Studios are likely doing their own due diligence on which movies are better positioned to perform well if they go with a streaming launch. But based on Hub’s research at least, movies targeting a young demo could be studios’ best bets to make money, even while skipping the usual theatrical debut. Jennifer Lawrence Gets Reminded That No, ‘The Hunger Games’ Wasn’t the First Female-Led Action Movie