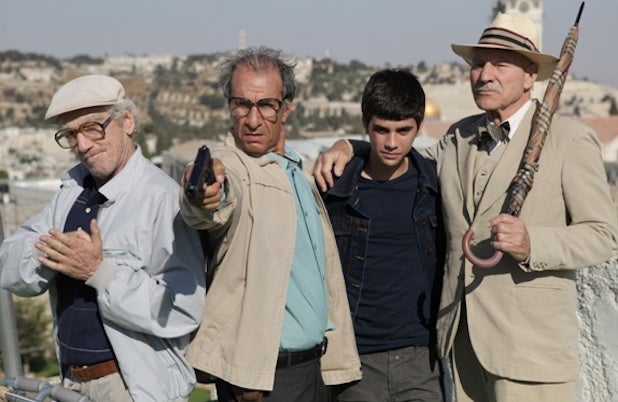 Original producer Ehud Bleiberg (“The Iceman”) will produce through his Bleiberg Entertainment banner along with Christa Campbell and Lati Grobman of Campbell Grobman Films.

Released in 2013, the original “Hunting Elephants” is a comedy that follows Jonathan, a young man with severe social problems who is sent to a nursing home to live with his estranged grandfather, a hardened, bitter old man. There, he also meets his grandfather’s friend Nick. Both are former members of Lehi (a militant Zionist group) who robbed banks for their country during the British occupation. They team up with Jonathan’s English uncle, a frustrated Shakespearean actor, on a journey to rob the bank that has ignored their existence.

Campbell and Grobman are producing Millennium’s remake of “Day of the Dead,” which has Mark Tonderai attached to direct. Their company is also developing a “Red Sonja” movie.

Also read: Avi Lerner: I Was Wrong About ‘Wolf of Wall Street’