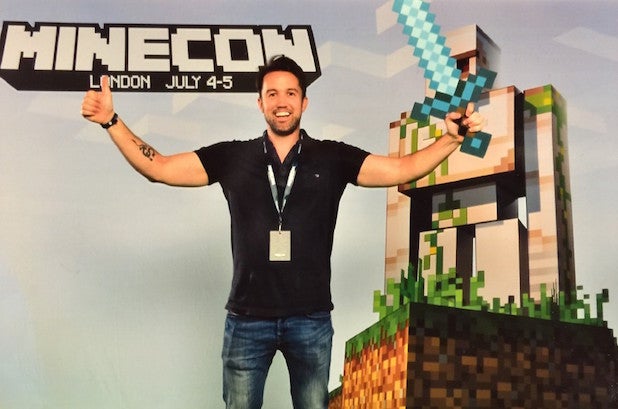 Warner Bros. has hired “It’s Always Sunny in Philadelphia” star Rob McElhenney to direct the “Minecraft” movie based on the popular video game that boasts 100 million users worldwide, it was announced Tuesday by Vu Bui, COO of game publisher Mojang.

“Minecraft,” was introduced to gamers in 2009 by creator Markus “Notch” Persson. The game allows players to create avatars and build virtual worlds. McElhenney is excited about the game’s potential as a movie, having recently attended Minecon in London as a sign of his commitment.

Roy Lee (“The Lego Movie”) will produce the “Minecraft” movie under his Vertigo Entertainment banner along with Jill Messick. Warner Bros. executive Jon Berg will oversee the live-action project for the studio.

In addition to co-creating, writing for and starring in the series, McElhenney has directed several episodes of “It’s Always Sunny in Philadelphia.” He is developing the feature film “Figment” at Legendary and he also directed the FX pilot “Pariah” starring comedian Bill Burr.