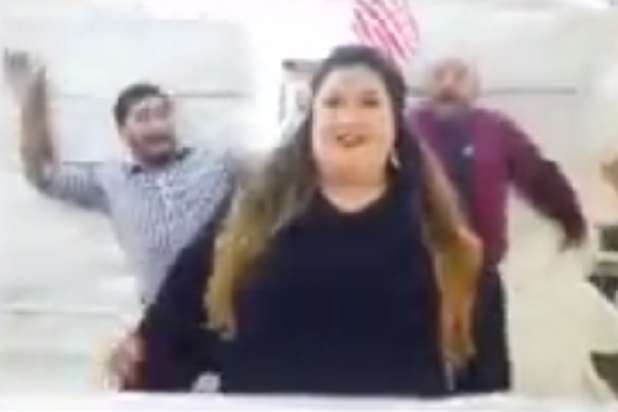 Attention, unemployed mattress salesmen of San Antonio, Texas: It sounds like there are a few job openings in your town.

San Antonio-based mattress store Miracle Mattress — which outraged the nation with a 9/11-themed ad in the run-up to the 15th anniversary of the terrorist attack — has announced that it will re-open with “new staff and training,” after closing due to the backlash.

“We believe our best path forward is to re-open our doors as soon as possible, following the hiring of new staff and training,” Miracle Mattress said Thursday on its Facebook page. “When we open, we will do so with a renewed focus on community support and humility.”

The company added that it will make a donation to New York organization Tuesday’s Children, which supports “youth, families and communities impacted by terrorism and traumatic loss.”

“In closing, to the families of 9/11, we end with a heartfelt apology. We are truly sorry and regret the pain we have caused. We ask for forgiveness.”

The company added that the ad was “horrible.”

“Our actions and words impact more than our customers and we must remember to do our best every day,” the statement read. “A horrible social media ad was created. It hurt people across the country. We own it and take full responsibility.”

To that end, the company added, it will employ “checks and balances” going forward “to ensure professionalism in our advertising and community outreach.”

The store announced last week that it would close “indefinitely” after attracting widespread scorn with its ad, which played on the 9/11 attacks.

“Effective immediately, our Miracle Mattress store will be closed indefinitely. We will be silent through the 9/11 Anniversary to avoid any further distractions from a day of recognition and remembrance for the victims and their families,” the announcement, posted on the company said at that time. “We take full responsibility for our actions and sincerely regret the hurt and pain caused by this disrespectful advertising campaign.”

The Texas-based mattress company ran an ad promoting its sale leading up to the 15th anniversary of the Sept. 11, 2001, terror attacks featuring a woman flanked by two men, standing in front of two towers of mattresses.

When the woman informed viewers that all of their mattresses will be on sale for the price of a twin mattress, the two men fell back into the stacks, causing them to collapse in a supremely ill-conceived reenactment of two skyscrapers falling.

The ad concluded with the woman declaring, “We’ll never forget.”

We bet they won’t — but they’d probably like to after all the scorn they’ve received.