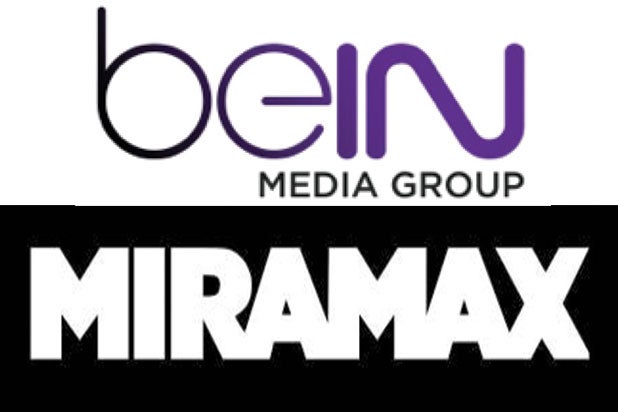 In a surprise announcement, Doha-based beIN Media Group has acquired 100 percent of Miramax, it was announced Wednesday. Selling shareholders include Qatar Investment Authority and Colony Capital. Business is expected to continue as usual despite the change in ownership, according to one insider.

The deal marks the latest chapter in Miramax’s storied history. Founded by brothers Harvey and Bob Weinstein, the company became synonymous with the budding independent film scene of the ’90s thanks to movies like “Pulp Fiction” and “Clerks.” It eventually became a formidable awards contender each year, releasing Best Picture winners such as “The English Patient” and “Shakespeare in Love” before the siblings left to establish the Weinstein Company.

While many in Hollywood were left scratching their heads at Wednesday’s announcement due to a lack of familiarity with beIN Media Group, the industry knows that Miramax is on the comeback trail and being more active on the production side.

In 2016, Miramax will invest in and co-distribute several feature films including “Bad Santa 2,” “Bridget Jones’s Baby,” “Southside With You” and “The 9th Life of Louis Drax,” as well as the television show “From Dusk Till Dawn: The Series,” which is heading into its third season. Last year, Miramax’s slate included the critically acclaimed “Mr. Holmes,” one of the year’s most successful independent films, and the hit comedy “The Wedding Ringer.”

Additionally, Miramax boasts a thriving film library, which holds more than 700 titles that collectively have garnered 278 Academy Award nominations and 68 Oscars, including Best Picture winners “The English Patient,” “Shakespeare in Love,” “Chicago” and “No Country for Old Men.”

Commenting on the transaction, Nasser Al-Khelaïfi, Chairman and Chief Executive Officer of beIN Media Group, said: “We are extremely excited to have achieved this key milestone within our strategy. Miramax is a successful film and television company, providing a strong and recognizable brand, a unique library and industry expertise that complement beIN Media Group’s plans to grow across the entertainment industry and develop new content production. As part of beIN Media Group, we will support Miramax in continuing to build this exciting platform. We very much look forward to working with the Miramax team.”

“Miramax is one of the most iconic film brands in the world, housing a collection of the most celebrated and valued content libraries and management teams in Hollywood,” said Thomas J. Barrack Jr, founder of Colony Capital. “In 2010, we were given the opportunity to shepherd the creative genius of the Weinsteins and Disney into the 21st century and share their mastery with the world by expanding distribution on a global basis through theatrical, digital and online providers. By riding the secular wave into online streaming, we successfully returned our partners’ capital many times over and safeguarded the passion, dedication and hard work of the library’s true artistic masters. Colony has done its job in repositioning the company to independent prominence and profitability as not only a library but a renowned producer of independent film and television. Our sale to beIN will provide not only stewardship for these irreplaceable films but a best of class strategic owner focused on expansion of production and the betterment of the Miramax brand. We are fortunate to have found Nasser Al-Khelaïfi and BeIN Media Group as the best of global class curator for the purpose of Miramax’s growth and continued legacy.”

“This is an exciting time in the evolution of our company, and we are thrilled to be a part of beIN Media Group,” added Miramax CEO Steve Schoch. “Miramax’s growing 2016 slate is a testament to the incredible work of the team thus far to build on the proud Miramax legacy. In concert with beIN leadership, we look forward to further expanding our film and television output, broadening our distribution capabilities and fortifying our position as the premiere independent studio brand.”

beIN Media Group is a global media company that includes the beIN Sports network, which provides exclusive access to prime sport competitions. It also operates the beIN Movies channels and is involved in pay-tv distribution. Aside from the U.S., the company is present in France, Spain, Canada, Indonesia, the Philippines, Hong Kong, Thailand, Australia and in 24 countries of MENA.