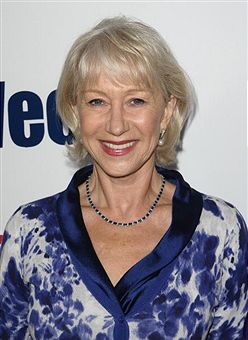 Oscar winner Helen Mirren is in negotiations to join Russell Brand in WB’s "Arthur" remake, according to the Hollywood Reporter.

The 1981 original starred Dudley Moore as a boozy playboy and John Gielgud in an Oscar-winning performance as his trusty valet. The character seems to have been retooled and undergone an inspired sex change in the remake, as Mirren will be playing Brand’s longtime nanny according to CHUD.

In the original movie, Arthur turns to his valet for help in choosing between love and money. He’s fallen in love with a working-class woman but he stands to inherit a fortune if he marries an heiress who his family thinks will make something out of him.

Peter Baynham ("Borat") wrote the screenplay for the remake, which Larry Brezner is producing with Kevin McCormick and Chris Bender, whose partner J.C. Spink will exec produce with Scott Kroopf, Nik Linnen and Brand. Sarah Schechter will oversee the project for Warner Bros.

Jason Winer’s (ABC’s "Modern Family") name is curiously absent from the Hollywood Reporter story but TheWrap can confirm that he is still attached to direct.

It’s nice to see Mirren moving away from stuffy period pieces and into the more commercial world of comedy, as I haven’t been the biggest fan of her choices since she won an Oscar for her remarkable performance in "The Queen." Right off the bat, she took a couple of paycheck roles in "National Treasure: Book of Secrets" and "Inkheart," but I suppose you can’t blame her for those misfires, and she was her rock-solid self playing Russell Crowe’s newspaper editor in "State of Play."

While I don’t doubt that "The Last Station" was a good movie, I had zero interest in seeing it, and I’m afraid that Julie Taymor’s upcoming "The Tempest" will likely fall into that category as well. Fortunately, John Madden’s "The Debt" with Sam Worthington sounds much more up my alley, and I’m legitimately excited about the return of Joe Pesci in "Love Ranch," which Mirren’s husband Taylor Hackford directed. That film will be released by E1 in June, while "The Debt" and "The Tempest" currenty have no release dates scheduled due to the potential sale of Miramax.

Besides those movies, Mirren nexts stars opposite Bruce Willis and Morgan Freeman in the comic book adaptation "Red," which is due in theaters this October. She will also provide a voice for Zack Snyder’s "Legend of the Guardians: The Owls of Ga’Hoole," and star in Rowan Joffe’s "Brighton Rock" with Sam Riley and John Hurt.