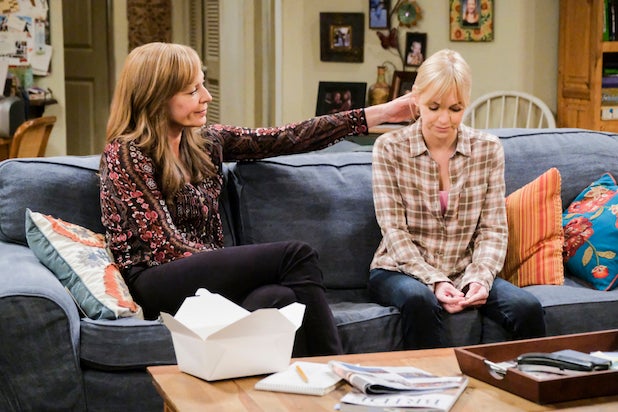 “Mom” has been renewed for Seasons 7 and 8 on CBS, the network announced on Tuesday.

“We’re exceptionally proud to have ‘Mom’ on our air; a high-quality, signature comedy with characters viewers love, that also brings strength and stability to our lineup,” Kelly Kahl, president of CBS Entertainment, said in a statement. “Under Chuck Lorre’s extraordinary leadership and with his outstanding writing and production team, we look forward to having ‘Mom’ on CBS for many years to come.”

Also Read: Why Kelly Kahl Believes 'FBI' Franchise Can Be CBS' Next 'NCIS' or 'CSI'

“We’re fortunate to have the gifted talents of Anna and Allison, with their wit, intelligence and incomparable comic skill, heading up such a brilliant cast on this noteworthy series,” Thom Sherman, senior executive vice president of Programming at CBS Entertainment, added.

“Mom” premiered on CBS on Monday, Sept. 23, 2013 and moved to Thursdays at the start of its second season. Along with Janney and Faris, the series also stars Mimi Kennedy, Jaime Pressly, Beth Hall and William Fichtner.

“Mom” is the latest show to be renewed at CBS for the 2019-20 slate, joining the previously picked up freshman series “FBI,” “God Friended Me,” “Magnum P.I.” and “The Neighborhood,” along with the final season of “Criminal Minds.”