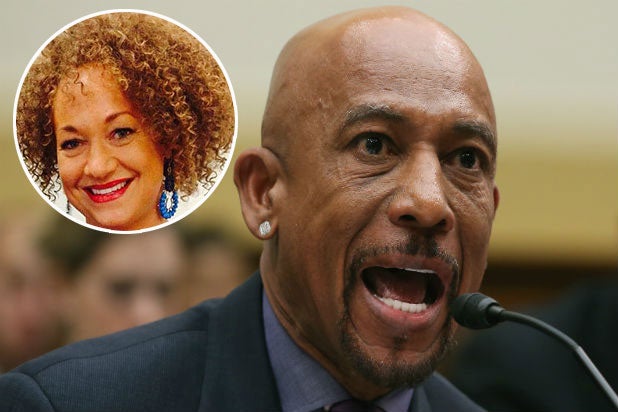 Rachel Dolezal, the embattled former president of the Spokane, Washington, chapter of the NAACP, has sparked both discussion and disgust across the country, and Montel Williams believes she is manipulating the outcry to her own advantage.

“She knows exactly what she is doing, she is playing the media like a fiddle — give her a couple of days and it is going to get bigger. She’s not done,” the talk show host told TheWrap. “She is getting as much attention as she can and trying to monetize it.”

While Williams has made numerous comments on Twitter, Facebook and Don Lemon’s CNN show, his main frustration is the media spectacle surrounding Dolezal.

“Each hour that goes by she says more and more outrageous things,” he said. “We are allowing a liar to be the center of a conversation in a country that has so many more real issues. We need to say enough is enough — it’s got to stop.”

Dolezal has been the subject of massive public scrutiny since last week. Over the past few years, she has presented herself as African-American, but her Montana birth certificate lists both of her parents as Caucasian. They have said in recent interviews that the disgraced civil rights leader is of German and Czech ancestry with traces of Native American — but she’s not black.

Rather than a debate over whether Dolezal is transracial, Williams said, “This should have been used as an opportunity to say, ‘Why are we as media so quick to elevate people who lie?'”

Also Read: Rachel Dolezal Defended by Black Scholar: 'Let Her Be a Black Woman, It's Not Going to Hurt Anybody'

The host of the long-running “Montel Williams Show” strongly criticized the questions Dolezal has been asked during televised interviews to date, including on Tuesday’s “Today” show. “‘Do you think you are black or white?’ That is just salacious garbage! We should have asked, ‘Why did you feel compelled to change your identity and lie about it literally every step of your life?'” he said. “That would have been the first question out of my mouth on my show.”

He suspects that the current backlash against Dolezal will dissipate. “A year from now, she will be able to use this experience as some kind of remuneration — there will be speaking engagements, a book deal or a movie about this,” Williams said in disgust. “Really, so we all paid a liar?”

Williams is particularly frustrated with Dolezal’s attempts to appropriate the experience that black women in particular have from birth. “Black women feel extremely disrespected by this woman’s audacity to think that in a three- or four-year period of time she has captured the breadth of a black mother’s experience,” he said.

And it is not just African-Americans who are insulted by Dolezal’s deception. “Caucasian women are insulted too. The offense is in her lying. No one is offended if she wants to wear braids or get a tan,” he said “It’s the fact that she’s a liar.”

Williams also had advice for Dolezal going forward. “Get some help, work this out — then tell everyone the truth,” he said. “She should mea culpa, tell the truth, say this is how she wants to live her life and stop living a lie, then everyone will leave her alone.”