Sony/Marvel’s “Morbius” got off to a decent start at the box office this weekend with an estimated $39 million opening from 4,253 theaters, easily taking No. 1 on the charts while opening to $84 million worldwide.

While nowhere near the levels seen with Sony’s “Venom” films, “Morbius” was made on a considerably lower budget than Tom Hardy’s antihero romp with a reported $75 million budget. The $39 million launch of “Morbius” is just below independent projections of a $40 million range opening but above Sony’s much more conservative projections of $33 million, an opening posted by recent comic book movies “Birds of Prey” and “Dark Phoenix,” both of which had higher budgets than “Morbius.” 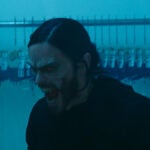 But while “Morbius” is off to a solid start, the film’s reception scores have been mixed at best. As critics drove a stake through it with a 17% Rotten Tomatoes score, audience metrics have been only somewhat better with a 69% audience score on Rotten Tomatoes going with a C+ on CinemaScore and just 47% recommend on Postrak.

In the coming weeks, movie theaters will get a wide variety of new releases, starting with “Sonic the Hedgehog 2” and Michael Bay’s “Ambulance” next week, with “Fantastic Beasts: The Secrets of Dumbledore” and “The Unbearable Weight of Massive Talent” coming later in the month. While that’s good for theaters in need of diverse offerings to get more people to buy tickets again, it could combine with the poor word-of-mouth for “Morbius” to lead to a steep second weekend drop.

Paramount’s “The Lost City” was able to avoid such a drop with a $14.8 million total in its second weekend, just 51% down from its $31 million opening. The romcom adventure starring Sandra Bullock and Channing Tatum now has a 10-day domestic total of $54.5 million. 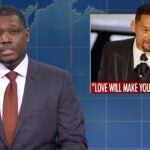 Warner Bros.’ “The Batman” is third with $10.8 million in its fifth weekend. The DC film has now passed the $700 million mark worldwide with $349 million domestic and $710 million worldwide. By comparison, “Batman v Superman – Dawn of Justice” posted a global of $765 million minus grosses from China and Russia, the former of which has posted low numbers for “The Batman” amidst a COVID-19 resurgence, while the latter is not getting a release due to the invasion of Ukraine.

Sony’s “Uncharted” stays in the Top 5 for one more weekend with $3.6 million in its seventh frame, giving it a domestic total of just under $139 million. Another Sony title, Crunchyroll’s “Jujutsu Kaisen 0,” completes the Top 5 with an industry estimated $1.95 million and a total of $31.4 million after three weekends.

Farther down the charts, A24’s “Everything, Everywhere All at Once” is continuing its strong run in limited release, adding just over $1 million from 38 theaters this weekend for a per theater average of $26,631. The result is enough to push the Michelle Yeoh sci-fi thriller into the Top 10 this weekend with a total of $1.75 million grossed so far.