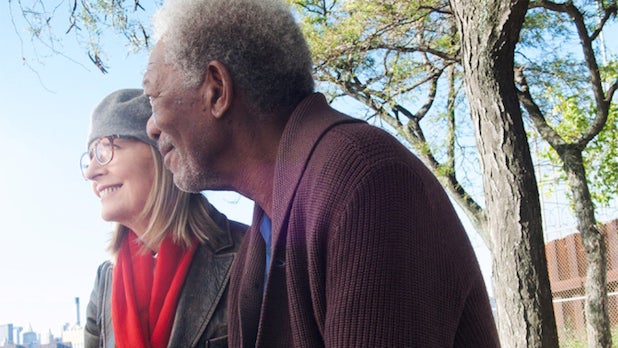 Cynthia Nixon co-stars in the film, which was written by Charlie Peters, who adapted Jill Ciment’s book “Heroic Measures.” The movie made its world premiere earlier this month at the Toronto International Film Festival.

The story takes place over a weekend where a couple (Freeman and Keaton) must decide whether or not to sell their Brooklyn walk-up of 40 years. The film takes a comedic turn when the dynamic couple have to contend with eccentric open-house guests, their pushy realtor niece (Nixon), and the health of their beloved family dog — all while navigating New York City.

The deal was negotiated by Anjay Nagpal, senior VP of Focus World, and WME Global and CAA on behalf of the filmmakers. Myriad Pictures is overseeing international sales.