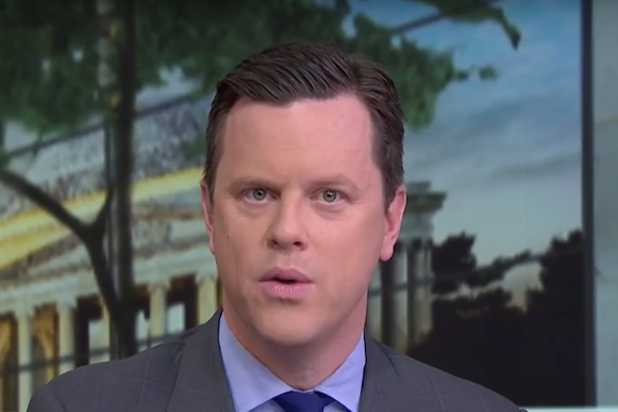 “Morning Joe” co-host Willie Geist is not having any of the media’s North Korean Olympics love.

In a tweet Sunday, Geist blasted media reports portraying the North Korean Olympic team in a flattering light. The delegation was headed up by Kim Jong Un’s sister, Kim Yo Jong.

“I can report South Koreans here in Pyeongchang are not as enthralled with Kim Yo Jong and the North Korean cheerleaders as it seems some media are back home,” wrote Geist. “Something about N.K. killing, starving, & imprisoning its people while threatening South Korea with nuclear annihilation.”

I can report South Koreans here in Pyeongchang are not as enthralled with Kim Yo Jong and the North Korean cheerleaders as it seems some media are back home.

Something about N.K. killing, starving, & imprisoning its people while threatening South Korea with nuclear annihilation.

Over the weekend, Geist was part of the wide spectrum of Twitter users on the left and the right who denounced the media’s treatment of North Korea. Critics blasted headlines and tweets from the New York Times, CNN, NBC, the Washington Post, Reuters and others which offered fawning coverage to the delegation and Kim Yo Jong.

The "Ivanka Trump of North Korea" captivates people in the South https://t.co/6TMXgO9X3I

wtf is going on? pic.twitter.com/IHoG4AdZYg

The media’s positive framing of the North Korean team mostly left out that Kim Yo Jong helps lead the world’s most repressive dictatorship and that their much-lauded synchronized “cheer squad” were essentially comprised of slaves.

“Kim Jong Un’s Sister Is Not Your New Fave Shade Queen. She’s A Garbage Monster,” wrote BuzzFeed, in one of the earliest pieces denouncing the coverage.

It went from there.

Literally everyone who’s seal-clapping for the NorK Gulag Queen for scowling at Pence is a gigantic, gigantic asshole https://t.co/d6cAD1rOsU

I made some adjustments to those fawning North Korea tweets with some actual images from North Korea pic.twitter.com/HtGmyf79vO

I am deeply saddened by how my profession has normalized and glamorized this murderous regime.
And then we wonder why no one trusts us. pic.twitter.com/pMKVPEvOWP

It's like everyone is trying to out-embarrass themselves in fellating the most evil regime in the entire world that left one of our citizens tortured and brain-dead not 8 months ago. Not to mention the camps, torture, starvation and nuclear brinksmanship. https://t.co/78a96MHB8A

If you hate US leaders more than you hate the Kim Jong-un regime, you really need to read up on North Korea.

But they’re human hostages of a criminal regime.

It’s the most heartbreaking thing we’ll see at the #Olympics. https://t.co/0ga0twJ9gt