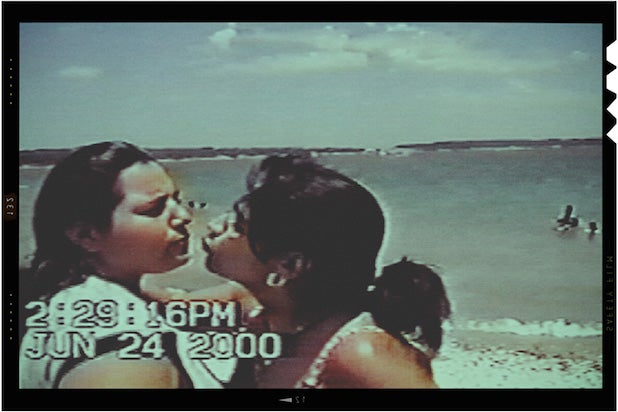 A director has usually done something wrong if the entire audience is angry at the end of a movie, but that’s exactly the emotion Deborah S. Esquenazi was looking for when “Southwest of Salem: The Story of the San Antonio Four” premiered at the Tribeca Film Festival this weekend.

Esquenazi’s wrenching, infuriating documentary exposes a miscarriage of justice in the vein of recent films like the “Paradise Lost” trilogy and the Netflix series “Making a Murderer” — and on the basis of the reaction to Sunday night’s screening, it seems likely to galvanize viewers into demanding action the same way those other films did.

As the title suggests, the film deals with prejudice that turns into a witch hunt — in this case, prejudice against homosexuals, a timely subject at a time when laws endorsing anti-LGBT policies have been passing around the country.

But “Southwest of Salem” goes back to a time even less tolerant to tell the story of four Latina lesbians in Texas who in the late 1990s were convicted of sexual assault on two young girls, and sentenced to between 15 and 37 years in prison. The convictions came after a trial in which the only real evidence was the contradictory and credulity-defying testimony of girls who had clearly been coached by a jealous father, and medical testimony from a doctor who later admitted he was mistaken.

The convictions arrived during “the last gasp of the ritual Satanic abuse panic” that spread in the 1980s, according to the film. “There was overt homophobia,” said Innocence Project of Texas executive director Mike Ware at a Q&A following the screening, “and there was more covert homophobia: ‘Well, these are lesbians. Who knows what they’re up to?'”

In “Southwest of Salem,” there’s never any doubt of the innocence of the four women — Anna Vasquez, Elizabeth Ramirez, Cassandra Riviera and Kristie Mayhugh; if fact, it’s so clear that viewers might have a hard time understanding why charges were brought, and why two juries convicted all four of them. The film could use more explanation of how the trials went and why they turned out the way they did, a deeper look into the atmosphere of anti-gay panic and the fears of Satanism, if those played heavily into the court proceedings.

But with intimate access to the subjects over a period of years, Esquenazi’s film builds into a horrifying indictment of justice gone awry, and one that left much of the audience in tears. Among those who broke down were the four subjects of the film, who have been released pending a new trial and who say they still cry every time they see the movie.

“To be getting all the media attention we’ve been getting is a bit overwhelming,” said Vasquez at the screening. “It’s mind-blowing.”

“We never thought that we would have a day like this,” added Mayhugh. “For a while, we were just numbers lost in a system.”

The four women are fighting to be officially exonerated, though an appeals court is now deciding whether to go along with a judge’s recommendation that they be retried instead. Producer Sam Sam Tabet said the best chance for exoneration is putting pressure on the San Antonio district attorney — and judging by the reaction at Tribeca, “Southwest of Salem” seems likely to do just that.

In a bit of sad synchronicity, the film is not only premiering at a time when religious intolerance and violence is in the news, but in a city where one of the hottest shows on Broadway is director Ivo van Hove’s scorching new version of “The Crucible” starring Ben Whishaw and Saoirse Ronan.

The 1953 Arthur Miller play is nominally about the Salem witch trials of 1693, but was also understood by the audiences of its day as a powerful indictment of the House Un-American Activities Committee’s investigation into suspected communists in Hollywood.

Those trials made “The Crucible” timely in its day, and director Ivo van Hove’s powerful production makes it just as relevant today. “This ‘Crucible’ doesn’t conjure up the McCarthy episode in American history so much as it does a variety of more current crises, ranging from torture to pedophilia,” wrote Robert Hofler in his review for TheWrap last month. “But at the heart of van Hove’s direction is what the play is all about: how the perverse convergence of politics, greed, religion, and, yes, sex creates mass hysteria.”

To which I can add that an afternoon that began with a “Crucible” matinee and then ended with an evening screening of “Southwest of Salem” is a powerful and sobering reminder that the currents of intolerance run deep and reverberate through American history.