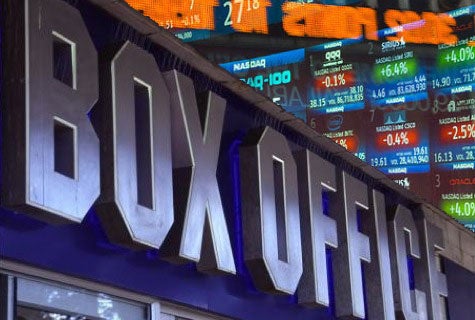 A federal agency has given the go-ahead to  Chicago-based Media Derivatives to begin trading futures based on the box-office performance of movies.

The Commodity Futures Trading Commission on Monday announced that it has "found that the terms and conditions of the proposed Weekend Motion Picture Revenue futures and options contracts submitted by Media Derivatives, Inc. (MDEX) do not violate the Commodity Exchange Act or the Commission’s Regulations thereunder."

The trading was approved with a 3-2 vote.

With approval in hand, Media Derivatives expects to begin this winter trading contracts tied to box office receipts on the first weekend of a movie’s release in wide distribution, with futures contracts and options going on sale a month before the movie comes out.

The commission must announce its go/no-go decision on a second request, by Cantor Fitzgerald, to trade movie futures by June 28.

In a statement, the commission said it found that the Media Derivatives contracts “are not readily susceptible to manipulation and serve an economic hedging purpose” and it rejected the contention that box office futures is not a real commodity.

Media Derivatives’ approval comes after two months of heated opposition lobbying led by the Motion Picture Association of America, which successfully convinced a number of Congressional lawmakers that the two futures markets amounted to nothing more than "gambling."

That lobbying led to the Senate tying a ban on movie derivatives into its broad-reaching financial reform package. The Senate bill still has to be combined with a House version of financial reform, a process that isn’t expected to be concluded until at least late this month.

On Monday it was unclear as to whether Congressional restrictions on such trading would apply to trading already approved by the CFTC.

“It is our view that if Congress enacts the ban, any approved contracts are invalidated,” said Howard Gantman, the MPAA’s vice president of corporate communications.

"Now that we have product approval, we are looking at launching the exchange as soon as possible,” Media Derivatives CEO Robert S. Swagger said at a news conference following the commission vote. He also said that Media Derivatives is considering moving up the launch date for trading from its original third quarter or fourth quarter target.

Swagger also disputed the MPAA’s contention that the ban included in Senate’s financial reform legislation could block Media Derivatives from proceeding. “We believe we would be grandfathered,” he said.

Swagger was extremely critical of the MPAA, calling it a “special interest” lobby and portrayed himself as a David against the Hollywood Goliath. “We regret that a special interest group of Hollywood insiders chose to politicize the issue,” he said.

Late Monday afternoon, a broad entertainment industry coalition that includes the MPAA, the Director’s Guild of America and the National Association of Theater Owners charged that the Media Derivatives and Cantor Fitzgerald plans were “no more than over-under bets on a movie’s performance” and urged Congress to finalize the ban already approved by the Senate.

MPAA President and Interim CEO Bob Pisano said future trading serves "no public interest and, to the contrary, can significantly harm the motion picture industry and impose new, substantial costs that do not exist today. These are proposals that ought to be under the jurisdiction of the federal gambling and gaming laws, not the federal commodity trading laws.  It is unfortunate that the CFTC has now given the go-ahead to a new gambling platform that could be plagued by financial irregularities and manipulation.”

The commission waited until the last minute to take a vote on the Media Derivatives plan. Originally the commission had a deadline of June 7 to act, under the country’s commodities laws. But at the commission’s request, the financiers gave the commission an extra week.

In April, the commission gave approval to both Media Derivatives as Cantor Fitzgerald to set up the exchanges needed to conduct movie-futures trading.

But that was only for the technical backbone to allow trading and clear trades. Approved Monday were the details of exactly the format of the contracts Media Derivatives will trade.

As a model contract set up to obtain approval from the CFTC, Media Derivatives used Sony Pictures’ "Taken." Cantor Fitzgerald is using "The Expendibles" to form the backbone of the prototype contract it will run before the CFTC.

Should it obtain approval, Cantor could begin movie-futures trading as soon as July.

In approving the trading, the commission majority expressly rejected the three biggest arguments the studios had offered.

While the MPAA argued that the contracts couldn’t be used to hedge economic activity, the commission found that they could.

Finally the commission rejected the MPAA’s contention that the Rentrak box office numbers are readily susceptible to manipulation.

“Compilation of the data is predominately automated so that there is little opportunity for misrepresentation,” the commission said. It said while “false rumors” or misreporting numbers could happen, it would be little different from the same problems in other industries.

Chilton called “fundamentally flawed” the commission’s analysis that box office futures are commodities and questioned whether the contracts could be used by industry participants to hedge risk.

He suggested they, like movie box office futures, aren’t appropriately looked at as commodities.

“There has to be some modicum of common sense in determining which or not there is a public interest in deeming some ‘thing,” a commodity,” he said, questioning whether the box office is really a commodity. “We could approve terrorism contracts, or contracts on whether a certain movie star will die or become disabled or contracts on the likelihood of UFOs hitting the White House.”

Sommers also questioned whether box office futures were a real commodity. “I believe that including motion picture box office revenues [within] the definition of a commodity, crosses a line that should not be crossed,” she wrote.