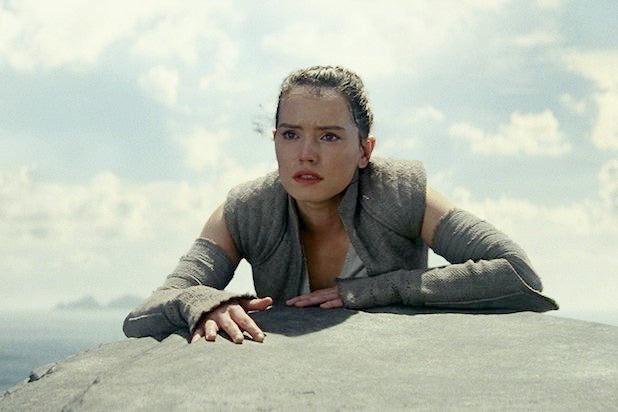 The National Alliance of Theater Owners (NATO) announced Wednesday that the national ticket average for 2017 rose 3.7 percent year-over-year to $8.93, up from $8.65 last year.

At that average, the estimated number of movie tickets sold last year is 1.23 billion. While that is only a rough estimate that does not account for the higher ticket prices for premium formats and theaters in more expensive cities like New York and Los Angeles, NATO’s estimate is the lowest since 1993, when “Jurassic Park” was the top grossing film of the year and an estimated 1.24 billion tickets were sold.

“2017 highlighted once again the importance of a balanced, 52 week movie calendar,” said NATO in its analysis. “A record Q1 (in box office and admissions) was offset by a disappointing summer, with a range of sequels that were not embraced by audiences in the numbers we are accustomed to. Summer 2017 was 92 million admissions short of summer 2016. An unusually empty August accounted for half of summer 2017’s shortfall. Q4 2017 was nearly equal to Q4 2016, with 315 million tickets sold, compared to 319 million.” 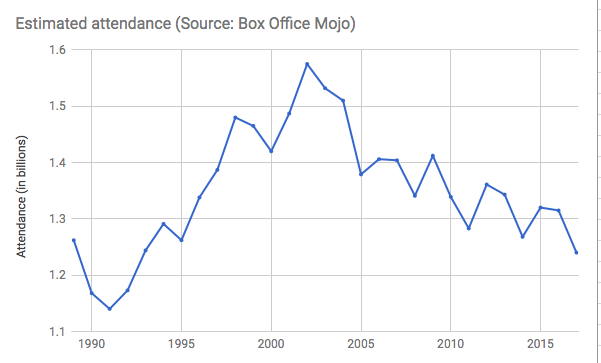 While annual box office revenue stayed above $11 billion for the third consecutive year, revenue over the summer season plummeted to 18-year lows. Historic lows were also reached for Memorial Day and Labor Day weekends. The 2017 box office was a case of bookends, as the struggling summer sat in between industry record highs for March and September that were powered by family films like “Beauty and the Beast” and “The Boss Baby” as well as adult blockbusters like “Logan” and “It.”

Attendance has been on a downward trend since 2005, though small rebounds were seen in 2012 and 2015. A similar rebound is expected in 2018, with heavily anticipated films like “Avengers: Infinity War” and “Solo: A Star Wars Story” expected to provide a more robust summer.