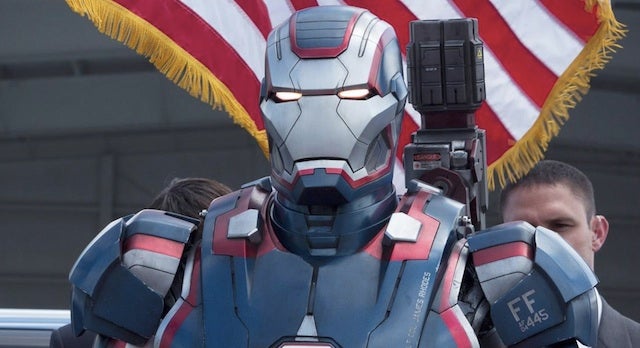 Movie theater owners fretting about the box-office slide and 3D companies looking to push those colored glasses are not going to like a new report from Fitch Ratings on the state of the exhibition industry.

The credit rating agency predicts that theatrical attendance will drop this year because the 2013 film slate cannot match last year's franchise heavy offerings and audiences are getting sick of shelling out $3 to $4 extra to see films in 3D.

As a result, the rating agency projects that 2013 will mark the first year there will be a year-over-year decline in 3D's box office contribution since it gained prominence in 2009.

"Attendance likely benefited from the initial proliferation of 3-D films," the study's authors write. "However, the initial excitement has dwindled, and consumers are focused again on the overall quality of the film and are weighing the cost of a premium ticket versus a base 2-D ticket."

That surcharge is also damaging one of the movies' big selling points — affordability.

"Going to the movies remains one of the lower-cost forms of entertainment," the study's authors write. "However, increased pricing, particularly on 3-D films, may erode this perception over time."

Thanks to global blockbusters like "The Dark Knight Rises" and "The Avengers," box office in North America rose 6 percent to $10.8 billion last year; this as the first time it has grown since 2009. Admissions in the U.S. and Canada also reversed a two year slide, increasing 6 percent to 1.36 billion, according to a recent report by the Motion Picture Association of America.

But while 3D helped bolster the film industry in the wake of "Avatar"s' massive success, the format's contribution to the overall box office in the United States and Canada was flat in 2012 at $1.8 billion.

This year's crop of tentpole films includes such big names as "Iron Man 3" and "Man of Steel," but Fitch projects that it will have a difficult time of matching the record-breaking $34.7 billion racked up by the worldwide box office in 2012.

"Fitch views the expected film slate as favorable, but believes it will result in slightly weaker attendance compared to the 2012 film slate," the study's authors write.

Through last weekend, the domestic box office was down 12.1 percent, a decline whose impact was accelerated by the decrease in enthusiasm for 3D titles.

Perhaps most worrisome for exhibitors is that the ratings agency thinks the rise of newer and snazzier home entertainment offerings will only intensify the fight for entertainment dollars.

Moreover, moviegoers are beginning to get wise to the fact that they have to wait a shorter period of time than before movies start popping up on video-on-demand and make an appearance on store shelves.

For now, exhibitors and studios have reached a tentative truce on when major theatrical releases can make their home entertainment debuts. The line in the sand is that 90 days must pass between when a film debuts in theaters to when it's available for rental or purchase. However, studios have at various points attempted to shorten that time frame.

In 2011, for example, Universal launched a scheme to charge consumers $60 to rent "Tower Heist," three weeks after it appeared in theaters. Facing a boycott from theater owners, it abandoned that plan.

But the window has been shaved down anyway. Citing the National Association of Theatre Owners, an exhibition trade group, Fitch reports that the average theatrical release window had dropped to four months from roughly 5.5 months in 2000.

Less of a wait means less of a reason to hit the cinema, and that might be a more formidable adversary than any villain Iron Man will face this summer.