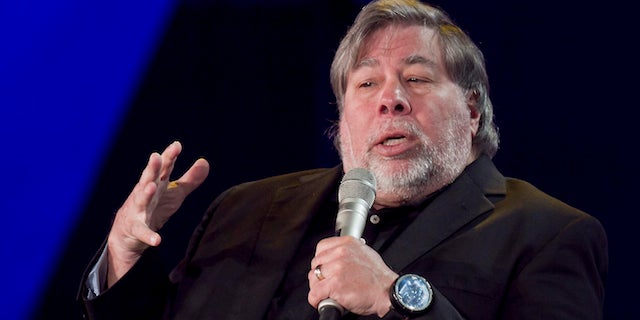 "I saw 'Jobs' tonight. I thought the acting throughout was good," Wozniak wrote in a blog post for Gizmodo. "I was attentive and entertained but not greatly enough to recommend the movie."

He's not alone. Many critics, including TheWrap's Alonso Duralde, concluded that the movie never reached the heights it set out to, and plays more like a highlight reel than an in-depth character study.

Wozniak believes the biggest problem with the movie was Kutcher's take on the iconic entrepreneur the film focuses on.

"I suspect a lot of what was wrong with the film came from Ashton's own image of Jobs," Wozniak — who is played by Josh Gad in the film — wrote.

He doesn't elaborate on what exactly Kutcher is doing wrong in the film, but he does mention "wrong statements" the actor made while promoting the film.

"Ashton made some disingenuous and wrong statements about me recently (including my supposedly having said that the 'movie' was bad, which was probably Ashton believing pop press headlines) and that I didn't like the movie because I'm paid to consult on another one," Wozniak wrote. "These are examples of Ashton still being in character. Either film would have paid me to consult, but the 'Jobs' one already had a script written. I can't take that creative leadership from someone else. And I was turned off by the 'Jobs' script. But I still hoped for a great movie."

While his review isn't very detailed, it does address one detail director Joshua Michael Stern and writer Matt Whiteley left out of the biopic.

"As to compromising principles for money, I will add one detail left out of the film. When Apple decided not to reward early friends who helped, I gave them large blocks of my own stock. Because it was right," Wozniak added. "And I made it possible for 80 other employees to get some stock prior to the IPO so they could participate in the wealth."

Maybe Wozniak's generosity will be better explored if and when Aaron Sorkin's version of Jobs' life makes it to the big screen.