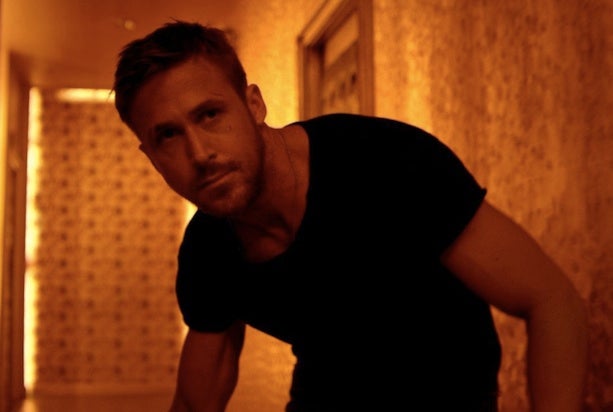 The executive, an active buyer at many major festivals this year, has noticed a big shift in attitude toward the platform and the growing practice of releasing movies simultaneously on VOD and in theaters. Last year, 15 Gravitas releases had theatrical runs, but this year the number has more than doubled, he reports.

“We have more and more savvy producers coming to us earlier,” Gallagher told TheWrap. “We’re doing deals quicker now that VOD has become more established and there are more success stories out there.”

Also read: Toronto Film Fest: The Film Biz Braces for the Big One

Gallagher will have competition in Toronto Film Festival: Many of the larger players will be hitting the screenings and streets and hotel bars, checkbooks in hand. They’ll likely find plenty of receptive filmmakers: Movies like “Margin Call” have eliminated the prejudice some filmmakers feel towards simultaneous VOD and theatrical releases.

But the growing popularity of the platform has been a mixed blessing for the independent film community. VOD has helped prop up independent film at a time when many studios have shuttered their arthouse labels and the movie-going public’s tastes has shifted from “Pulp Fiction” to pulp comics.

Yet the onslaught of titles of marginal quality has left some members of the movie business feeling increasingly disenchanted with a platform that is still evolving.

“People are dumping movies into VOD at an insane clip,” Howard Cohen, co-president of Roadside Attractions, told TheWrap. “What’s happening is you go to a VOD menu and you have to go 20 pages to get to a title. It’s quickly becoming saturated.

“The imprimatur of a movie being ‘in theaters’ is becoming less and less meaningful,” he added.

Also read: Who Will Rule Toronto? 4 Things on the Minds of Movie Buyers at TIFF

True, the “in theaters” label proved to be marketing gold for a number of lower budget indie films like “Arbitrage” and “Margin Call,” which generated  $14 million and $8 million respectively during their VOD runs. Yet, what was once a novelty risks becoming a bore.

There are still successes; a VOD movie that is available on iTunes and cable while still in theaters can bring in more than $1 million on VOD.

This summer, movies like Ryan Gosling‘s “Only God Forgives” made a splash on VOD, more than doubling its theatrical take by grossing a reported $2.4 from rentals. Others, like the low-budget “Drinking Buddies” with Olivia Wilde, made back its $1 million budgets entirely on the platform.

From a studio or producer’s perspective it is easy to see the appeal: The cost is negligible and does not require the amount of marketing associated with a theatrical release, a plus for movies with limited appeal.

“It’s a phenomenon that won’t go away,” Tom Adams, a media analyst with IHS Screen Digest, said. “They’ve found a model that produces more than they did before when they’d release it in some arthouse and then put it out on DVD.”

But with more and more films jockeying for attention, it’s becoming harder to make serious money by hitting iTunes along with the multiplexes.

“It’s getting tougher to make a mark in that world,” an industry executive told TheWrap. “There’s a lot of not so big companies putting in a lot of product that isn’t of theatrical quality.”

While the overall market for VOD continues to grow, that has been led primarily by a surge in demand for television. The total time spent viewing free-on-demand television content increased more than 40 percent in 2012, according to a recent study by Rentrak.

However, VOD revenue from movies has remained static and currently represents about 3 percent of the overall VOD pie. Barring some major experimentation with top-tier titles, that’s unlikely to change, analysts say.

“There’s not a ton of growth,” Rentrak Corporate President Cathy Hetzel said. “The big blockbusters are still the movies that are being held back from VOD, but if studios ever decide to make that available on a more timely basis that would encourage growth.”

That’s not to say that the demand for product has waned or that some companies haven’t found a way to establish footholds for themselves. Filmmakers are accepting VOD bids. Much of the stigma is gone, although one agent told TheWrap that VOD is still viewed as a last resort for films with dubious commercial prospects.

Even in the world of VOD, cream still rises to the top, so it helps to have a good movie and not just a great cast, agents and executives say. It’s important, therefore, to find a particular genre (horror, for instance seems to do well) that will appeal to couch potatoes or the more digitally savvy.

“The films that do well on VOD are ones with some sort of built-in audience; some sort of niche of people who will be digesting them wherever they are,” Linzee Troubh, a member of the sales team at the film financing and distribution company Cinetic Media, said. “It’s not just about having celebrities. People are wary of films that have a lot of movie stars, but you haven’t seen in theaters.”