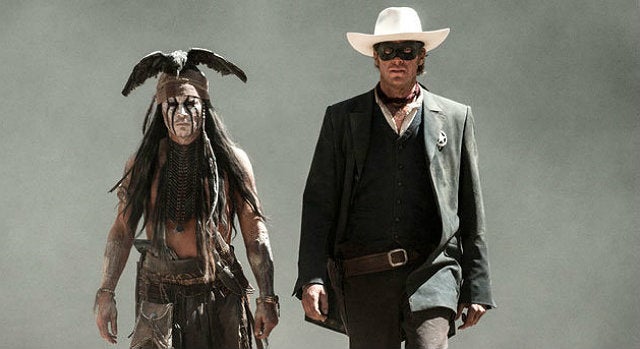 “Star Trek Into Darkness” and “Iron Man 3” will make piles of cash, Channing Tatum is going to save the president and Superman will return to the big screen.

While we are certain all of these things will transpire this summer, there are a number of questions marks for Hollywood studios headed into the year’s loudest season.

From Paramount’s decision to delay the Brad Pitt zombie film “World War Z” to the inexplicable paucity of films that appeal to women, TheWrap identifies eight questions that the movie business needs to ask itself.

Did Hollywood Forget About Women?

From the start of May to the end of August, a ceaseless stream of action heroes, super heroes and comedians will parade through the multiplexes. Almost every single one of them will be a man starring in a film geared towards other men. In June: an M. Night Shyamalan/Will Smith sci-fi thriller (“After Earth”), a new Superman movie (“Man of Steel”) and two comedies, one about two guys (“The Internship”) and another about six (“This is the End”).

Also Read: Can Iron Man, the Lone Ranger and Superman Save the Box Office?

May is no better. Only “The Great Gatsby” – about a man pursuing the American dream in the 1920s – sounds like a chick flick. Really? The only film that is clearly aimed at women is “The Heat,” a buddy cop movie with Sandra Bullock and Melissa McCarthy. Overall, the evidence suggests studio executives have seen “Anchorman” too many times:

Will Delaying ‘World War Z’ Pay off for Paramount?

The Brad Pitt zombie film set off alarms when Paramount decided it needed reshoots and pushed its release date from last December to this summer. With a budget already north of $100 million, the studio hired “Cloverfield” scribe Drew Goddard to rewrite the third act and sent the crew back to Budapest.

Rewriting the end on the fly? Uh-oh.

Paramount had luck with reshoots on this year’s “G.I. Joe Retaliation.” At first slated to open last year, it debuted in March and has already racked up more than $250 million at the worldwide box office. Can “World War Z,” once referred to as “a nightmare from top to bottom,” replicate that off-kilter formula for success?

Which Young Actor Takes “The Leap”? All of these actors entered these projects with a pedigree, but none has carried a summer tentpole that could make or break a studio’s summer — and their career trajectories.

At least one of them is hungry for it. When TheWrap spoke with Hunnam (right) last year, he expressed a desire to be an action star with some grit under his fingers. “I embrace pain,” he said. “I get injured all the time in my work. People are just so terrified of any kind of physical or psychological pain in our lives that it makes us all really soft. If that trend continues, I don’t know where we find ourselves with 12 billion people on the planet all afraid of their own shadow.”

Either “The Hangover Part III” or “Fast & Furious 6” Has to Disappoint…Right?

The first two “Hangover” films brought in more than $1 billion at the box office. The five “Fast” films have surpassed $1.5 billion. The latest installments of each franchise collide at the box office May 24 just one week after “Star Trek.” They aren’t the only wide releases that weekend either, as Fox and Blue Sky Studios’ “Epic,” an animated film featuring the voice of Beyonce Knowles, also opens.

The first family film to open since “The Croods,” “Epic” appeals to a very different audience and will be welcomed by parents hesitant to introduce their five-year-olds to “Star Trek.” The other two films, one a raunchy comedy and one a star-driven action movie, appeal to similar (male) audiences.

An Universal executive said “Fast” is testing through the roof and the weekend will be big enough to accommodate everyone. Others agree, though expect them to fall short of their predecessors. Stay tuned.

Which Animated Film Will Own the Summer?

After a fallow stretch for animated movies to start the year, five films will open over the summer, including the sequels to past hits “Monsters Inc.,” “The Smurfs” and “Despicable Me.” Meanwhile Fox has two original players in the game — “Epic” and “Turbo,” from its new distribution partner DreamWorks Animation.

Last year all three major animated films — “Brave,” “Ice Age: Continental Drift” and “Madagascar 3: Europe’s Most Wanted” — turned a profit. This year, the schedule may be too condensed for that, as four animated films debut in a two-month stretch.

So who comes out on top? While “Epic” has the most time to itself, it’s hard to argue with two of the sequels — “Monsters University” and “Despicable Me 2.” Universal is so confident in the the latter that it has already approved a spin-off due out in December 2014. Will Smith, once the biggest movie star on the planet, has now placed himself in the hands of a director whose recent track record is questionable. Shyamalan, once one of Hollywood’s most desirable filmmakers thanks to “The Sixth Sense” and “Signs,” hasn’t made a good movie in years. Two of his last three, “Lady in the Water” and “The Last Airbender,” were costly misses.

Smith envisions “After Earth” as a trilogy, but you need the first one to succeed to make any more.

Which Indie Darling Will Take Off?

CBS Films has two different comedies at the opposite ends of the summer, both of which hold potential. “The Kings of Summer,” pairing rising stars Nick Robinson and Moises Arias with comedy stalwarts Nick Offerman and Alison Brie, is an unconventional coming of age tale about boys who run away from home. It also packs a lot of laughs.

Two and a half months later will come “The To Do List,” with Aubrey Plaza of “Parks & Recreation.” She plays a high school graduate about to head off to college, and she’s joined by Christoper Mintz-Plasse, Rachel Bilson, Bill Hader and Andy Samberg. We haven’t seen the film yet, but it’s the right mix for a late summer hit.

Will “Lone Ranger” Save the Western or Kill It?

After the strong performance of Quentin Tarantino’s “Django Unchained,” the table could be set for the true return of the genre. Several of Hollywood’s top stars are at work on their own westerns, from Seth MacFarlane to Natalie Portman.

“The Lone Ranger,” which opens July 3, will be a test. The film reunites the core of Disney’s successful “Pirates of the Caribbean” franchise — Johnny Depp, director Gore Verbinski and producer Jerry Bruckheimer. But this project has been a magnet for criticism over the past few years given its bloated budget, which at one time got production shut down.

Still, people used to think that basing a movie around a mascara-wearing buccaneer seemed like a horrible idea. Guess who got the last laugh?