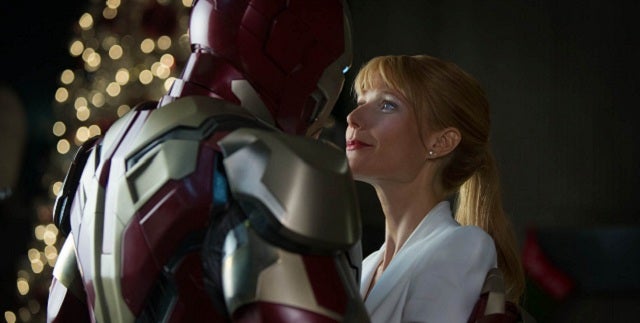 Disney and Marvel's "super sequel" strategy has already begun to pay off handsomely with "Iron Man 3."

The superhero movie, which brought in $195 million from international markets over the weekend, opened No. 1 in all 27 foreign markets in which it debuted. The threequel nearly doubled the $100 million first overseas weekend of “Iron Man 2.” Its total was much closer to the first weekend abroad for “The Avengers,” which took in $185 million a year ago.

That means that at least overseas, Robert Downey's latest turn as Tony Stark played more like a sequel to “The Avengers” than the first two “Iron Man” movies, which were global hits in their own right, taking in a combined $1.2 billion. That’s just the sort of double-dip appeal Disney and Marvel President Kevin Feige envisioned when they developed their three-phase plan for the Marvel cinematic universe. “They built up to ‘The Avengers’ and now they’re building on ‘The Avengers’,” BoxOffice.com editor-in-chief Phil Contrino told TheWrap. “It’s unprecedented and it’s impressive.” Now “Iron Man 3,” opening Friday in the United States, has begun the second phase of the plan. Next up will be “Thor: The Dark World” on Nov. 8, “Captain America: The Winter Soldier” in April of next year and finally, Joss Whedon‘s “The Avengers 2” in May of 2015.

Also in the works are "Guardians of the Galaxy," set for August 2014, and "Ant Man," in November 2015, both based on new characters from the Marvel pantheon. Feige hasn't offered many details on the third phase of the plan.

“It’s clear the overseas audience is buying into the concept of the interlocking Marvel universe,” Wunderlich analyst Matt Harrigan told TheWrap. “Disney has positioned itself to be the No. 1 studio in terms of global market share for the next few years, and it looks sustainable, particularly when you layer in the ‘Star Wars’ franchise.”

He was referring to last year’s $4 billion purchase of LucasFilm, the company behind the iconic sci-fi film series. That was about the same price Disney paid for Marvel back in 2009, "and that move has certainly been vindicated, hasn’t it?” said Harrigan.

He was skeptical that “Iron Man 3” could continue to match – or beat – the box-office pace of “The Avengers” when it opens in the U.S., however.  “It creates some buzz, but at the end of the day, is someone here going to buy a ticket because somebody in the U.K. did?”

BoxOffice.com’s Contrino was projecting between $155 million and $160 million for “Iron Man 3,” but wouldn’t rule out an “Avengers”-sized debut – because moviegoers will see it as a sequel to that film.

“If you went to see ‘The Avengers,’ I think there’s a pretty good chance you’re going to go see ‘Iron Man 3.'”