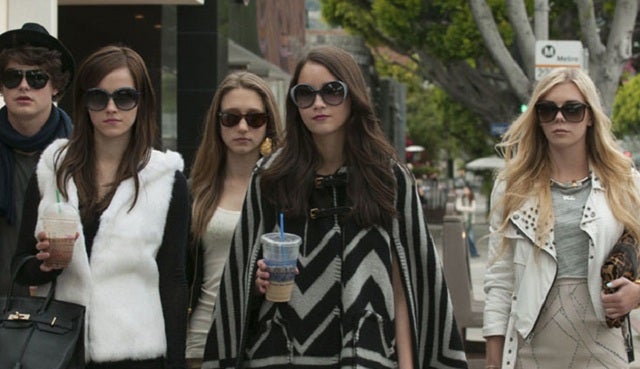 Writer-director Sofia Coppola‘s “The Bling Ring” made off with a strong $210,001 from just five locations in its debut this weekend for distributor A24.

That’s a strong $42,000 per-theater average for the crime comedy, which stars Emma Watson, as well as Taissa Farmiga, Leslie Mann and Kirsten Dunst.

It’s based on the Hollywood Hills Burglar Bunch — aka the Bling Ring — a group of teenagers who pulled off some brazen heists of celebrity homes, including those of Paris Hilton, Lindsay Lohan, Rachel Bilson, Megan Fox and Orlando Bloom, taking up to $3 million worth of goods.

“We are thrilled with the results,” said A24’s Nicolette Aizenberg. “Sofia Coppola's latest and greatest has certainly entered the zeitgeist and we look forward to capitalizing on this great success as we expand nationwide next weekend.”

Also opening strongly this weekend was “20 Feet From Stardom," a documentary about the best backup singers of the past 50 years, from the Weinstein Company’s Radius label. It took in $52,211 from three screens for a $17,404 average. Radius plans to roll it out in the top 50 markets over the next few weeks.

Roadside Attractions’ “Much Ado About Nothing” took in $152,580 from 23 theaters after opening in five last week. That’s a solid $7,069 per-screen take for Joss Whedon‘s contemporary take on Shakespeare’s classic.

Not faring as well in a more aggressive expansion was Sony Classics R-rated drama “Before Midnight,” which went from 52 to 897 theaters, and took in $1.5 million, a roughly $1,701 per-screen average.