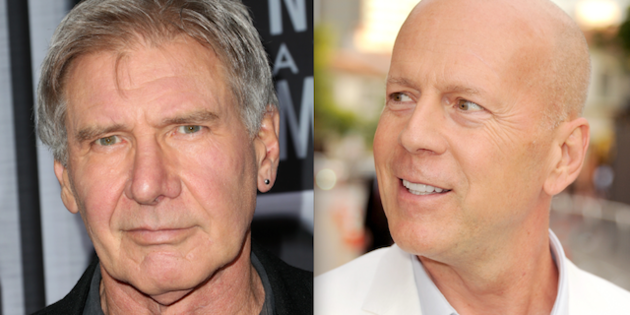 Lionsgate CEO Jon Feltheimer implied to analysts Friday that despite some intemperate comments from Sylvester Stallone, it may be too early to count Bruce Willis out of "The Expendables 3."

Without mentioning the "Die Hard" actor by name, the studio boss said that deals on star-studded projects like "The Expendables 3" are often being negotiated right up to the day cameras start rolling.

On Tuesday, Stallone, the driving force behind these aging action star reunions, announced on Tuesday that Harrison Ford had joined cast and said that Willis would not be a member of the troop this go-round, despite appearing in the two previous installments. The actor reportedly wanted $4 million for four days of work.

"Greedy and lazy…a sure formula for career failure," Stallone tweeted.

It was a rare display of pique in an industry where talent is tightly controlled — their every public utterance massaged by an array of handlers and support staff.

Feltheimer noted that in the case of "The Expendables" franchise, the producers oversee much of the casting decisions. However, he said that Lionsgate does play a role in keeping all the parties under control and happy.

"These are really talented and creative people and part of our job is to manage," Feltheimer said.

Despite Willis' exit, Feltheimer said that the action film follow-up will have plenty of fresh blood. In addition to Ford, Nicolas Cage, Jackie Chan, Wesley Snipes and Milla Jovovich are among the newcomers slated to fill out the cast of mercenaries.