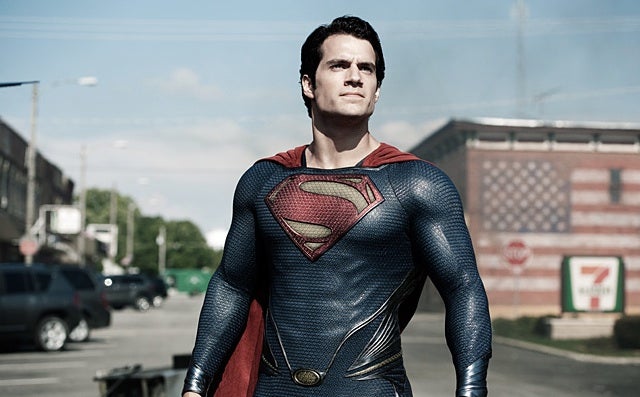 "Man of Steel" flies into theaters on Friday carrying not just a $200 million price tag and the fate of Superman on its chiseled shoulders, but the future of Warner Bros. as well.

The most stable studio in town has been anything but over the past few months, as questions swirl about the future of its film chief Jeff Robinov and the studio’s relationship with a key financing partner, Legendary Entertainment.

Also read: How Sure a Bet Is 'Man of Steel' and Other Burning Summer Movie Questions

Robinov has already predicted that "Man of Steel," starring Henry Cavill, will be the biggest film in studio history. If Robinov is right, the studio is expected to move quickly to capitalize on its new franchise, aping Disney and Marvel’s approach to "The Avengers" by creating a series of stand alone superhero films that all flow into one monster super team blockbuster – the "Justice League."

"It re-establishes franchise in a huge way," an individual close to Warner Bros. said to TheWrap about the Superman reboot. "If it does well, Warner Bros. can do Justice League including Superman, Superman vs. Batman and another Superman. It opens up at least three different fronts of potential sequels with great synergy for the company in theme parks, licensing and all that." It’s an approach that the studio tried in 2011 with "Green Lantern," only to see the ring-wearing do-gooder meet with audience indifference. The film brought in $211 million worldwide, but cost $200 million to produce.

The strategy seems to be working this time, with "Man of Steel" on track to bring in more than $100 million over the weekend, according to industry tracking. That, paired with the runaway success of Christopher Nolan's Batman films, lays the groundwork for the next phase at the tentpole-obsessed studio.

"Marvel has already laid the blueprint for how to make stars of lesser superheroes," another individual close to the studio told TheWrap.

Warner Bros. needs a new steady stream of franchises because it finds its pipeline drier than it has been in years.

Also read: TheWrap's 'Man of Steel' Review: This Grimmer 'Superman' Might Not Soar, But It Flies

For nearly a decade, Warner Bros. has been the envy of Hollywood, churning out mega-grossing popcorn movies like "The Lord of the Rings," "Harry Potter" and "The Dark Knight." Since 2007 the company has been first or second in terms of market share every year running.

Yet those franchises have run their course and its next batch of potential franchises, such as "Pacific Rim," "Godzilla" and Christopher Nolan's "Interstellar" are far from sure things.

"'Harry Potter' is a huge hole to fill, but historically they come up with the right titles that becomes franchises," the first individual said. "They play with more in development than any other company."

Also read: 'Man of Steel' Reviews: Is This the Best Superman Ever?

That includes kicking the tires on films for Wonder Woman and Aquaman. Warner Bros.’ plan would be to release two "Man of Steel" films before moving on to the "Justice League," a project everyone at Warner Bros. unofficially acknowledges is being developed.

Then it could move on to the other characters. Warner Bros. declined to comment about its plans.

The studio almost made "Justice League" a few years ago with George Miller at the helm, and this time around it would want "Man of Steel" director Zack Snyder to take the lead.

Village Roadshow, which was developing Miller’s "Justice League" with Warner Bros., would likely co-finance this project, according to multiple individuals.

A subsidiary of the Australian conglomerate, Village Roadshow has long been one of the studio’s strongest partners, co-financing "The Matrix" films among others. Recent financial troubles limited its film work in recent years, but it plans to make six to eight films a year thanks to new capital.

The company’s renewed financial vigor eases one ongoing source of instability at Warner Bros. – the looming expiration of its deal with Legendary.

Legendary has co-financed some of the studio’s biggest hits, from "The Hangover" trilogy to "The Dark Knight" films, and this summer has a hand in both "Man of Steel" and "Pacific Rim." Yet both sides seem inclined to let that relationship expire (besides the franchises Legendary still has a piece of). Legendary declined to comment.

The possibility of a Legendary and Warner Bros. breakup combined with the Robinov question mark is described by one insider as a cloud hanging over the studio.

"The management transition at Warners has been noisier than they would have preferred," Matthew Harrigan, an analyst at Wunderlich Securities, said.

All this uncertainty is especially glaring in a year when most of its movies have under-performed at the box office. "Jack the Giant Slayer" and "Gangster Squad" were costly misses and while "The Hangover Part III" will make money, it still represents the lowest grossing film in the comedy series.

"This year has been disappointing for them," Bruce Nash, founder of the box office statistics site The Numbers, said. "They’ve been overtaken by Disney in terms of franchise building and they’re just having more of a struggle finding films to give them momentum."

That said, nothing improves a studio's standing in Hollywood and its chief's negotiating position like a billion-dollar franchise. Cue the "Superman" theme song.