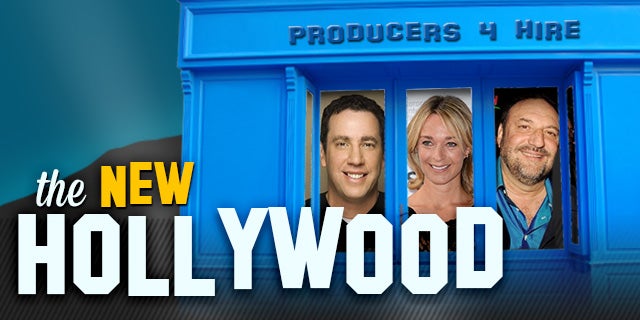 First in a series on Hollywood’s new landscape.

For 25 years, larger-than-life producer Joel Silver had a sweetheart deal with Warner Bros., which among other perks granted him two lavish bungalows on the lot, paid for his staff of 20 and helped fund production on movies like “Sherlock Holmes” and “Lethal Weapon.”

After decades of hits, but also some costly flops like “Speed Racer” and “The Invasion,” that all ended for Silver with a $30 million buyout last September. Less than a month later, Silver was left holding court inside the shell of the former Venice post office — presenting his plans to move his film operations into this historic structure, far off the beaten studio track.

Welcome to the New Hollywood.

There are currently 151 production deals at the major studios, according to Variety’s Facts on Pacts. That’s a 13 percent improvement over 2009, the historic low point for these contracts — but it’s also roughly half of the nearly 300 deals that the Hollywood trade documented about a decade ago.

With studios on a belt-tightening binge, producers who have managed to stay afloat have been forced to become scrappier and to make do with less.

Some are embracing the changes. They argue that all the cost-cutting is resulting in better films. But even if the economizing is encouraging creativity, it has also ended a way of life in which studios served as a protective cushion when a movie failed to deliver or took a long time to develop.

“The bottom line is, producers are on their own,” David Friendly (below right) , the producer of a long string of films from “Doctor Dolittle” to “Little Miss Sunshine,” told TheWrap. “There used to be someone taking care of us in good times and bad. That’s over.”

In Friendly’s case, that has meant cutting down on his overhead and expenditures now that he’s footing the bill. A year ago, he had offices in Beverly Hills, with an assistant and a development executive. Today, he’s working out of his house with only a  part-time assistant to help him out.

So he’s finding new ways of paying the bills. He has diversified by moving into television production, and he has acquired the English rights to the Telemundo show “La Reina del Sur,” which he hopes to set up at Fox. He’s also developing a comedy pilot with Jim Herzfeld, the writer of “Meet the Parents” and has signed a deal to develop content for IMAX.

“I was forced to find a way to expand my brand. If you don’t do that, you’re done,” Friendly told TheWrap. “Producers who are not taking steps to expand their business are cooked.”

And in an industry that used to live and die on creativity, inspiration is no longer king.

“Years ago, you would just go in with a good idea,” Michael Shamberg, producer of such films as “Django Unchained” and “Erin Brockovich,” told TheWrap. “Now you effectively have to have a business plan.”

That means fostering projects that will play in Beijing as well as Boise. As Shamberg points out, when he started in the movie trade 30 years ago, the domestic box office accounted for more than 80 percent of revenue. Today that percentage has been dramatically reduced, with foreign receipts comprising nearly 70 percent of the overall pie.

This in turn has led to an ever greater appetite for branded properties like “Batman” or “Harry Potter” that are well-known to audiences around the world. It also means that there is less interest in the kind of adult fare that initially attracted many producers to the movie business.

It has become nearly impossible to get a movie made in the $10 million range, producers tell TheWrap. Don’t ask studios to finance the films, either, producers say, because they are primarily only interested in distributing films that are developed off the lot.

That’s required industry players like Shamberg (pictured left) to devote a larger chunk of their time to lining up stars who can guarantee foreign pre-sales and hustling to secure equity financing.

“I still make as many movies, there are just more steps in getting movies made,” said Shamberg, who makes roughly three films a year.

“It’s more time-intensive.” He added: “There are days where my job has nothing to do with making a good movie.”

It also means convincing talent that under the new economic paradigm, they have to do more with less — lower budgets, fewer shooting days and a salary that is tied to a film’s performance rather than a star’s past hits.

But new limitations on budgets and shooting days can pay off artistically. Many critics hailed the intimacy of  2010’s  “The Kids Are All Right.” Yet that intimacy was borne out of necessity, producer Celine Rattray (pictured right) told TheWrap.

The film went into production in June 2009 in the wake of the global financial meltdown, leaving it without a distributor and several financiers. Despite the fact that the shooting schedule was pared down to 23 days, the picture grossed more than $30 million on a $4.5 million budget and received an Oscar nomination for Best Picture.

“So much of the job of a producer is convincing very established filmmakers who are used to shooting for 40 or 50 days that they can do the same thing in 25 to 30 days,” said Rattray, who is now co-president of Maven Films.

The good news, some producers say, is that stars and actors are beginning to recognize the need to be flexible when it comes to their own salaries and schedules.

“Filmmakers want to work and agencies have become more open to encouraging their clients to take deals that have a big part of their pay coming from the back end,” Rattray told TheWrap. “It took them a while to catch up, but I’d say that the majority of the industry now recognizes that there’s a new reality when it comes to financing.”

That kind of compensation doesn’t always pay off, but Rattray said the cast and talent on films she has produced like the Richard Linklater comedy “Bernie” or the Kristen Wiig comedy “Girl Most Likely” will likely make a profit thanks to backend deals.

Despite the struggles, Rattray said she wouldn’t have it any other way. She still gets a thrill from seeing all those months of haggling and juggling pay off when a film hits the big screen. She acknowledged, however, that other friends and acquaintances in the industry are starting to grow frustrated.

“I hear from a lot of indie producers who find it incredibly tough and want to find other means to make a living,” she said. “They’re exploring other ways to make money, and they’re going into television or commercial production.”

Matthew Rhodes, president of Mandalay Vision and a longtime independent producer, told TheWrap that he frequently takes phone calls with fellow producers only to find out halfway through a conversation that they also have an animation company, a visual-effects company, a post-production house or some other side business that is contributing to their revenue.

Unfortunately, for some industry players, the rewards may no longer justify the sacrifice.

Friendly said that many of his fellow producers have thrown in the towel on the entertainment industry and have gone into academia or to work for film-related nonprofits. “You have to adapt,” Friendly said. “You can either adapt or you can get out.”

Adapting is just what Joel Silver (pictured left) hopes to do. Since leaving Warner Bros., he has set up a distribution deal at Universal, as well as various projects at a number of studios, including Paramount, but he made it clear at his show-and-tell with reporters in Venice that a chapter has closed — perhaps permanently — on an old way of doing business.

“When I came here in the 1970s, they still made films like they did at the beginning of Hollywood, apart from the advent of sound,” Silver said. “We used to shoot on the lot, finish on a stage at the studio and use other rooms at the studios and then release the film.

Sharon Waxman and Lucas Shaw contributed to this report