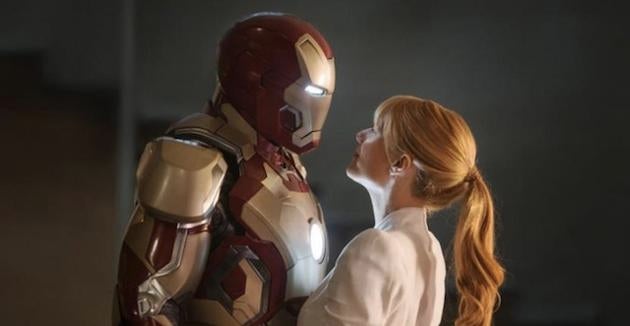 As opposition to film tax incentives intensifies in North Carolina, the Motion Picture Association of America is using the upcoming blockbuster "Iron Man 3" to make the case that film production is a shot in the arm to the states economy.

Hollywood's main lobbying arm claimed in a study it released Tuesday that the superhero sequel was responsible for $179.8 million in spending and 2,043 jobs in the state when it filmed many sequences there last year.

State tax incentives have been key for studios looking to defray production costs on blockbuster films — generous subsidies and tax breaks have successfully lured such big-budget productions as "The Avengers" and "The Dark Knight Rises" to far-flung cities like Albuquerque, New Mexico and Pittsburgh, Pa.

Critics maintain that film production fails to provide enough in the way of employment and economic stimulation to justify the use of public money. North Carolina has spent $30 million to attract films since 2011, but new legislation would curb incentives substantially.

If a new bill is passed by the North Carolina state legislature, films will not be able to collect subsidies when their credit is greater than what they owe in state taxes, according to a report in the Winston-Salem Journal. The proposal has already prompted demonstrations and protest.

The analysis of "Iron Man 3"s' economic impact was commissioned by the MPAA and conducted by the accounting and business advisory firm MNP LLP. The study went on to state that spending associated with "Iron Man 3" benefited 719 vendors in 84 communities across the state.

“These findings are just the latest evidence of the economic benefit that film and television production has meant for North Carolina,” Chris Dodd, chairman and CEO of the Motion Picture Association of America, said in a statement. “Thanks to a reliable and refundable production incentive, North Carolinians have been able to reap the benefits of direct spending and job creation across the state. "